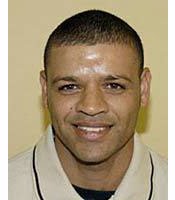 Prince’s exclusion was to give way to right-handed opener Alviro Peterson who is in rich form in the domestic matches. Ashwell Prince, who has been a regular in the South African side with 66 Tests to his name has been struggling to get runs of late. Its been more than two years that the 34-yeard-old Ashwell Prince had scored a century! In the year 2011, his form dipped further as he could only score 178 runs in 5 Tests at a poor average of 22.25.
South Africa had earlier named a squad for the Third Test with both Jacques Rudoldph and Ashwell Prince included but under the scanner. One of them, Prince has been excluded from the Final XI and his place has been taken by Alviro Peterson who despite being a specialist opener could bat at no.6. Rudolph has also struggled to get any good scores and he seems to be lucky to remain in the team.
The Proteas will play fast bowler Vernon Philander who missed out the Durban Test due to a knee strain. Making way for Philander could be the impressive Marchant de Lange who picked up as many as seven wickets in the Sri Lankan first innings in the Second Test at Durban on what was only his Debut! Ideally South Africa would love to have de Lange in the team but are looking to play the lone spinner in Imran Tahir and also in retaining Morne Morkel.
The three Test series is leveled at 1-1 with Sri Lanka bouncing back in style to defeat South Africa by a crushing margin at Kingsmead in Durban.