Lancashire secured their place in the quarter-finals of the Friends Life t20 as another superb bowling display handed them a thrilling 12-run win against Warwickshire at Old Trafford. 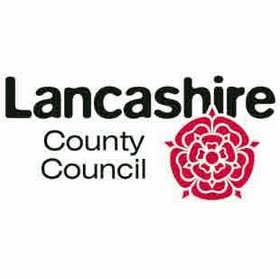 Lancashire secured their place in the quarter-finals of the Friends Life t20 as another superb bowling display handed them a thrilling 12-run win against Warwickshire at Old Trafford.

Stephen Moore's 76 from 58 balls helped the home side to 139 for 8 on the same slow pitch used for Saturday's one-day international by England and Sri Lanka. It did not look like being enough when visiting opener Will Porterfield embarked on an innings of 63 off 64 balls.

Warwickshire needed 37 runs from the last five overs and had nine wickets in hand. But, just as they were on Tuesday when Lancashire defended 111 at Northamptonshire, pace duo Junaid Khan and SajidMahmood were excellent, backed up well by FarveezMaharoof.

The target was manoeuvred to 23 from 12 balls and then 18 runs from the last over with some expert death bowling. The Bears, who finished on 127 for 4, ended 13 runs short of their target as the hosts won their fifth match in a row to clinch third place in the North Division.

Despite Moore's effort at the top of the Lancashire innings, only opening partner Tom Smith gave him any real assistance with an innings of 26 after Steven Croft elected to bat. They put on 61 for the first wicket inside eight overs, posting a stand of more than 50 for the seventh time in 15 Twenty20 innings this summer.

With those two together, Lancashire should have been looking at a total around the 160 mark. But the Lightning failed to find the fence in six overs after the Powerplay as spin duo Jeetan Patel, who took the new ball, and Ant Botha put the brakes on with two wickets each.

Lancashire stumbled with the bat for the second night in a row as Croft, Karl Brown, Gareth Cross and Moore all mistimed shots, and their final five wickets to fall went in just 14 balls. Both Darren Maddy, who later could not bat after taking a blow on the finger, and Keith Barker struck with their first balls, Maddy getting Croft caught at third man and Barker having Cross caught at cover by Rikki Clarke.

Clarke took three catches, including a stunning diving effort to have opener Smith caught at mid-wicket off Botha in the eighth over. Three wickets later fell in the final over of Lancashire's innings, bowled by Chris Woakes.

He had Moore caught and bowled and trapped Luke Procter lbw with the first two balls, before Mahmood was run out by Richard Johnson from behind the stumps with the last ball.

Despite impressing, Junaid - with none for 23 - was the only member of Lancashire's five-man bowling attack not to pick up a wicket as they scrapped successfully to defend their total. Mahmood, Maharoof and spinners Gary Keedy and Stephen Parry all struck.