England fought hard on day three of the second Test against India at Vizag. But, in the end, India moved ahead courtesy solid performances by Ravichandran Ashwin and skipper Virat Kohli. Here’s a look at some significant numbers from the day’s play

England fought hard on day three of the second Test against India at Vizag. But, in the end, India moved ahead courtesy solid performances by Ravichandran Ashwin and skipper Virat Kohli. Here’s a look at some significant numbers from the day’s play.

Ravichandran Ashwin claimed yet another five-for in the match. He now has 22 five-fors in 41 Test matches. He now has the fourth most five-fors by an Indian bowler in Tests. Anil Kumble (35 in 132), Harbhajan Singh (25 in 103) and Kapil Dev (23 in 131) are ahead of him. Ashwin is now tied with Waqar Younis, Malcolm Marshall, Curtly Ambrose and Courtney Walsh, all of whom have claimed 22 five-fors. Overall, Ashwin is at number 15 when it comes to bowlers who have taken most five-fors in Tests. 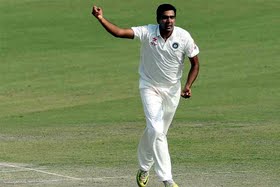 Skipper Kohli has reached 40 in every innings of the Test so far. He made 40 and 49 at Rajkot and 167 and 56 not out so far in the Vizag Test. He had scored a double hundred in West Indies and one in the series against New Zealand as well at home.

Cheteshwar Pujara often fails in the second innings of a Test when he has scored a hundred in the first. Against England at Mumbai, he made 135 and 6. Against Sri Lanka at Colombo in August 2015, he made 145 not out and 0. In the first Test at Rajkot, he made 124 and 18, and at Vizag he registered scores of 119 and 1.

England recovered well in their first innings, only to collapse again. They crumbled to 80 for 5, before recovering to 190 for 6. They were eventually all-out for 255, after being 225 for 6 at one stage.

Ben Stokes averages over 60 in Tests this year. He scored 786 runs in 14 innings. Bairstow and Virat Kohli also have 750 plus runs at an average of over 60 this year.