Not many knew about Lalit Modi before the commencement of the Indian Premier League. But once the tournament got underway in 2007, the name Lalit Modi became very popular.

In 2010, Lalit Modi’s fortunes reversed as he was suspended as the Chairman and Commissioner of IPL. Modi and the BCCI since then had become sworn enemies. The BCCI during its Special General Meeting in Chennai came to the decision of expelling Lalit Modi from the board. 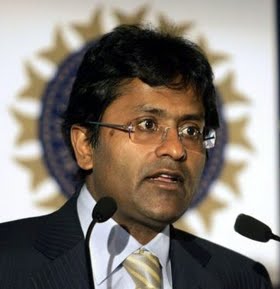 The BCCI has passed a sanction on Modi which prohibits him from holding any post in the board in the future. The Board’s disciplinary committee has found him guilty on eight different charges of various acts of indiscipline and misconduct. Meanwhile Lalit Modi on a news channel has vowed to fight against the BCCI. Modi stated that the BCCI had their day banning him for life but it was he who will have the last call. The 49-year-old went onto term N Srinivasan as a Master ‘match fixer’!

A BCCI media release on banning Lalit Modi says: “Resolved that Mr. Lalit Modi is guilty of committing acts of serious misconduct and indiscipline, and therefore, in exercise of powers as per Regulation 32 of the Memorandum and Rules and Regulations of the Board, Mr. Lalit Modi be and is hereby expelled from the BCCI. He shall forfeit all his rights and privileges as Administrator. He shall not in future be entitled to hold any position or office, or be admitted in any Committee or any member or associate member of the Board.”