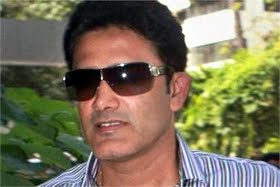 Srikkanth’s two-year tenure as the Chief Selector of the Board of Control for Cricket in India was due to end later this month, but the board decided to extend his term for another one year as per provisions in BCCI’s rules.

However, Dev, the 1983 World Cup winning skipper of India, disagreed with BCCI’s decision, saying that Srikkanth should have been released by the board to let him move on to other things in the life.

"Even though he is a dear friend, I believe that rules should not have been changed to retain him,” said Dev on a media encounter on Monday. "...I believe that change is good and now that he (Srikkanth) has performed his duties, he should have moved on to other things in life," he added further.

Anil Kumble, who is currently the president of Karnataka State Cricket Association, was KapilDev's pick for the coveted role.
“...having a player like him (Kumble) as the chairman of selection committee will be a great asset," said Kapil

Dev refused to blame the BCCI selection committee for the recent winless tour of England. The 52-year-old former Indian pacer said that selectors play a very small role in a team’s success or failure, so they should not be given the credit for the World Cup triumph earlier this year nor should they be blamed for the recent humiliation at the hands of England.

SouravGanguly, the former Indian skipper and a legendary batsman, was also in favour of giving Kumble the prominent role.
"He heads the Karnataka State Cricket Association and has had a great record as a cricketer. The Board should involve him more while making cricketing decisions," said Ganguly.

MadanLal, another ex India cricketer, also spoke in favour of a new chief selector as he said that the new man would have brought a new vision and new ideas, which is the need of the hour.