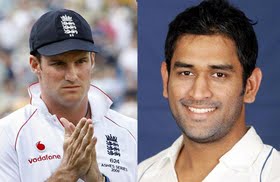 What India must have learned at the end of the first test is that history and luck do not repeat themselves. It was at the same venue 4 years ago when a mixture of rain, MS Dhoni and the tailenders saved India the blushes in the 1st Test, stealing the visitors a draw and India subsequently went on to win the series 1-0. However, the absence of key players along with the injuries suffered while fielding forced India to surrender after a gutsy fightback. There were moments in the match when India had its nose in front or when it seemed that India could scamper to a draw, but in the end, everything fell apart just like a deck of cards blown by a gust of wind generated by the English pace trio.

The second test will be taking place at the Trent Bridge in Nottingham, which is traditionally known for favouring seam and swing, thus making England the favourites in this match. The lateral movement in the air will be exploited by the Indian pacers as well, considering the way Ishant Sharma and Praveen Kumar troubled the English middle order. Nevertheless, England's wolfpack of Stuart Broad, Chris Tremlett and James Anderson will be high on confidence after their fabulous showing to restrict the august Indian batting line up to a total of less than 300 in both innings. With a capacity crowd expected to fill the stands, we can all hope to see another mesmerizing contest between bat and ball befitting the 2001st test, in a way also marking the start of a new era for test cricket.

A well-prepared and dangerous squad is earmarked by its troops and not by its leader. Hence even though Andrew Strauss is struggling with the bat and in the slips, the performance of his players is worthy of granting this team the number 1 status in test matches.

The England batting was wobbly at times and seemed to struggle in the face of some quality bowling. However, to their credit, the batsmen stuck to their tasks and saw the team out of danger even if it meant sacrificing their natural style. Alastair Cook's non-performance in the 1st Test was a rare failure considering his tremendous run scoring appetite in the last year or so and he will be waiting to come to the party, especially if Zaheer Khan is unfit. The same is the case with Strauss, who failed to reciprocate his practice match form after virtually gifting his wicket playing unnecessary shots. Unlike ODIs and T20s, Eoin Morgan has not been a revelation in tests and his average of 34 is indicative of that. On the other hand, Ian Bell has become a mainstay in England's lower middle order with an average in the late 40s. He would be looking to put his second innings duck behind him with a commendable knock, along the lines of his 119 against Sri Lanka in his last test outing before this series. England's South African born triumvirate of Kevin Pietersen, Jonathan Trott and Matt Prior all had excellent games, and given the form that they are in, can be expected to score plenty more runs right through the series.

To make a fair assessment, England's bowlers won the day for their team. Both Broad and Anderson took 7 wickets apiece although Broad was far more impressive and well, unlucky. Chris Tremlett's contribution also deserves a special mention as he worked like the man behind the scenes and set up quite a few of the wickets taken by Anderson. To be fair, Graeme Swann couldn't derive much help from the pitch, and thus ended with just 2 wickets in his kitty despite boasting of a strike rate of 58 in tests. Anderson who leapfrogged Swann to move to 2nd spot in the test rankings will once again lead this pack of lions.

The flavour to the first test became satiated with the hype surrounding the tug of war between Harbhajan Singh and Vijay Mallya regarding the Make it Large spoof, claiming the Turbanator in the process, who had a horrendous match.

Although on the face of it India's batting debacle looks like a cause for concern, a closer examination reveals a century for Rahul Dravid, half-centuries for VVS Laxman and Suresh Raina and a 49 for Abhinav Mukund. Hence, the men who struggled the most in the match were the ones who chose to ignore at least parts of the West Indies tour and hence carried little or no form into the Test series. Abhinav Mukund's decent outing would still prevent Yuvraj Singh from making it to the playing XI, and the only way that seems likely to change is if Gambhir has not required from his elbow injury in time to play the second test. It is also high time for the other batsmen, who enjoy averages of 50 or above, to step up and teach the English bowlers a lesson or two.

The Indian fast bowlers were extraordinarily impressive in 1st test. If the injury to Zaheer and some sloppy fielding could have been avoided, the bifurcation between the two teams would have been less conspicuous. Nonetheless, unless Harbhajan can add a few more wickets to his already burgeoning sack of 400 dismissals, India will find the going hard in the second test too. Praveen Kumar deserved to see his name on the honours board at Lord's and will be keen to add another five wicket haul to his statistics. Ishant, despite bowling remarkably well in the second innings, was equally pathetic in the first and will have to learn to bowl with patience and perseverance, and most importantly mix up his length, pitching the ball up as far as possible, aiming to hit off-stump and using the short ball as an exception.

Kevin Pietersen - If his 202* in the last match was anything to go by, Kevin Pietersen is definitely back to his old ways especially after his match winning performances against Sri Lanka. His flamboyance and his impudence sometimes lead to atrocious dismissals but that's the way he plays. For India to win the 2nd test, he has to be sent back cheaply.

Sachin Tendulkar - With his 100th ton in international cricket on the brink, it is time for the little genius to step forward and take guard. He was oddly constrained just before his dismissal in both the innings and will have to avoid getting into that shell especially against Tremlett.

Prediction: Another humdinger of a contest is expected and if a full strength Indian squad is present, then it will certainly be one for the record books. Nevertheless, the team that will exploit as well as negotiate the movement on offer is more likely to emerge victorious. And in that regard, we would back the merciless Englishmen to once again become triumphant. A draw seems unlikely given the nature of the wicket and the well-oiled bowling units leading both the squads.