SLPL 2011: Sri Lanka Premier League to go ahead without India

Sri Lanka Cricket will push ahead with its inaugural premier league with Australian and Pakistani players, despite a no-show by Indian stars, the island's sports minister said on Sunday.

Sri Lanka Cricket will push ahead with its inaugural premier league with Australian and Pakistani players, despite a no-show by Indian stars, the island's sports minister said on Sunday. 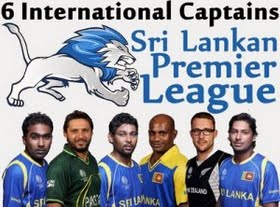 "We will lose a bit of money because Indian players are not coming but the tournament will be played as planned," Mahindananda Aluthgamage told AFP after failed talks to bring the Board of Control for Cricket in India (BCCI) on board.

Fast bowlers Praveen Kumar and Munaf Patel were among 12 Indian players who were blocked by the BCCI from playing in the T20 tournament in Sri Lanka from July 19 to August 4.

The minister said the Indian board's reluctance stemmed from media reports that the event was being organised by a Singapore-based company with alleged links to Lalit Modi, the sacked former boss of the Indian Premier League.

"Mr Modi is not involved in our tournament. But we have to accept India's decision. We remain friends with India," Aluthgamage said.

The London-based Modi faces criminal charges, including false accounting, and accusations by the BCCI that more than $106 million was misappropriated during his three-year tenure as IPL chairman.

The Singapore-based Somerset Entertainment Ventures, who won the marketing rights for five years, has already paid an advance of $300,000 to Sri Lanka Cricket, the local Sunday Times newspaper reported.

It said India's reluctance had led to broadcaster ESPN withdrawing support for the tournament, which will feature seven teams and will include a mix of local and international players.