Bowlers give crushing win for Sunrisers over Rajasthan Royals

It was a match to lose for the Rajasthan Royals as the target was pretty small. Ajinkya Rahane departed in the third ball of the innings slicing Bhuvneshwar Kumar to point while the other opener Karun Nair was caught behind off Steyn leaving Rajasthan at 27 for 2 in 4 overs. 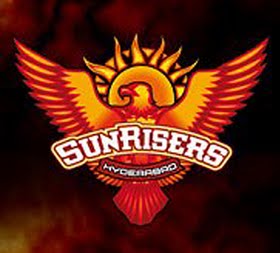 The dangerous duo of Sanju Samson (bowled by leggie Karan Sharma) and Skipper Shane Watson (caught behind edging a cut off Henriques) departed in the space of four balls to open the door for a strong SRH comeback. Rajasthan Royals slipped to 41 for 4 in the 7th over and after that had no chance left to win the match.

The only hope was in the form of Steven Smith but even he found it tough to get going against the leg spinners and gave it up having scored 22 from 33 balls. Rajasthan Royals were bowled out for 102 with Bhuvneshwar Kumar claiming 4 for 14 to get the Man of the Match award. Amit Mishra bowled out his 4 overs for just 13 runs while Karan Sharma gave away only 20 off his 4 overs.

Earlier, SRH were off to a flier with Skipper Shikhar Dhawan scoring 33 from 20 balls. However, the innings struggled against the likes of Rajat Bhatia (4-0-23-3) and Pravin Tambe (4-0-21-1). Shane Watson claimed a silent hat-trick which almost went unnoticed as his second and third wicket came in the 17th over while his first hat-trick wicket was way back in the 4th over. Nevertheless Watson registered the 13th hat-trick in IPL history and the second in IPL 7 after fellow team-mate Pravin Tambe.

For Sunrisers, Irfan Pathan’s run-a-ball 21* stretched the total to 134 for 9 which ultimately made the difference.

Toss and Teams: Rajasthan Royals have won the toss and asked Sunrisers Hyderabad to bat first in Match 30 of IPL 7 at the Sardar Patel Stadium in Motera, Ahmedabad.