The T20 series between India and New Zealand that begins of Saturday will mark Yuvraj Singh’s return to international cricket following his inspirational battle with cancer.

The T20 series between India and New Zealand that begins of Saturday will mark Yuvraj Singh’s return to international cricket following his inspirational battle with cancer. And while that is great news for India, there is a greater danger of his comeback mania overshadowing the series itself, considering the constant media coverage that the 30-year-old left-hander has been receiving in recent days. India need to be wary of this especially since the World T20 in Sri Lanka is only days away now.

Agreed, Yuvraj’s return to Indian colours will be a highly emotional moment considering all that he has gone through in the last year and a half – from the highs of being the man of the tournament in the World Cup to the lows of being diagnosed with rare form of cancer. Still, making Yuvraj’s return the primary focus could prove detrimental to India’s chances. 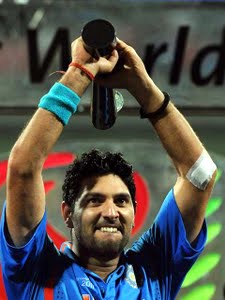 The Indian media has a big role to play here. They shouldn’t be putting undue pressure on the middle-order batsman, hoping that he would come up with miracles, taking courage from the fact that he has won a bigger off-field battle. There is still a section of cricket analysts, including this writer, which believes that Yuvraj’s return to international cricket is premature – a decision based on sentiment as opposed to pure logic.

Beware, Yuvraj hasn’t even played a single domestic game ever since he underwent treatment for cancer. His body must have definitely undergone a lot of chances since the last time he represented India. And the batsman himself will come to know of the same albeit gradually, and only when he plays competitive cricket. This is the most worrying aspect of Yuvraj’s inclusion in the team, something the selectors should have seriously considered before making their choice.

Considering all the excitement around Yuvraj’s return, there is going to be a lot written and talked about him in the next few days. The expectations from him are very high as far as the fans are concerned. This is because the media has built up Yuvraj’s return as such a big national event, almost on par with the swearing in of a prime minister or president. But obviously, there will be a lot of pressure on Yuvraj to perform right away. To be fair to him though, one ought to give him a longer run so that he can feel comfortable about himself in the competitive environment again. The worry here is thatIndia doesn’t have that much time on hand, since the T20s against New Zealand would be followed by the World T20 in Sri Lanka.

Mind you, Yuvraj might just play a blistering knock and silence all of us. That still wouldn’t be enough to prove that his recall wasn’t premature. Only over a period of time will be come to know whether the timing of Yuvraj’s recall was perfect or erroneous.