As expected the Australians have retained the same squad that thumped India by an innings and 37 runs at the WACA Ground in Perth. The fourth and final Test match is to start on the 24th at a much slower and bouncier pitch at the Adelaide Oval. John Inverarity – the National Selector has already confirmed that the lone specialist spinner Nathan Lyon will play in the Final Test which means that one of the quick bowlers will have to make way for him.

Australia have so far troubled India with their quicks. The only time in the series when spin made any impact for the hosts was when Skipper Michael Clarke produced a beauty to find the outside edge of a well set Sachin Tendulkar in the Sydney Test. 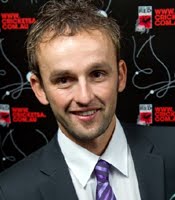 The hosts will be in a quandary as to which pacer to exclude as in the third Test at Perth - all the four in Ben Hilfenhaus, Peter Siddle, Ryan Harris and Mitchell Starc bowled perfectly to keep India under constant pressure. According to news reports, Ben Hilfenhaus despite taking a bagful of wickets in the series is likely to sit out as he hasn’t found much success at the Adelaide Oval in the past. The conditions at the Adelaide Oval are also unlikely to aid his swing bowling.

With the Selectors retaining the same squad, it’s yet another opportunity for no.3 Shaun Marsh who hasn’t done well in any of the innings so far in the series. Brad Haddin who was poor in the first two Tests with his glove work did improve significantly in the Perth Test but has struggled to find any runs with the bat. Haddin like Marsh is lucky to keep a place in the side.