The series couldn't have meant more differently to the two sides. It is tied 2-2, is headed into a decider in Bangalore. 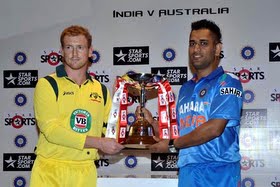 Match Stats
Kohli needs 81 runs to reach 5000 in ODIs. If he does it in this game, he will be the fastest to the landmark. If he takes two innings to get there, he will be the joint-fastest, alongside Viv Richards
Kohli is the only player to have scored five successive scores of 50-plus on two separate occasions
Only Hashim Amla has reached 1500 career ODI runs faster than Bailey, who did so in his 32nd innings