Injuries will make it tougher for Aussies at Old Trafford

The series may have been lost, however considering the pride with which they play the game, Australia would be keen to end a disappointing series on a high note.

The series may have been lost, however considering the pride with which they play the game, Australia would be keen to end a disappointing series on a high note. Unfortunately, luck hasn’t been on their side as well. Shane Watson and Brett Lee, both have been ruled out of the final encounter at Old Trafford due to calf strains, which means they will go in with a weakened side in the last match of the series. With Watson and Lee out, the unpredictable Mitchell Johnson and Mitchell Starc are likely to feature in the starting eleven at Old Trafford. However, the Aussies cannot expect the duo to lead a turnaround. 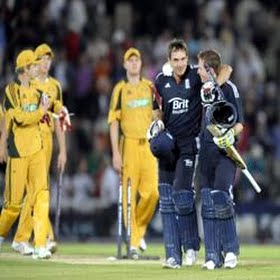 England should start overwhelming favourites considering themanner in which they have dominated Australia throughout the series. Man-to-man, as well as mentally, England have been far superior. Even though Australia have had the players who can compete, they have performed well below potential. The only way Australia can salvage some pride from the series is if they find some inspiration that is strong enough for them to override their limitations at the moment. Else, all analyses point towards another win for the hosts.

England’s formula for success has been very simple in the series, something the Aussies have failed to replicate. The pace bowlers have got the early wickets in every game, as a result of which Australia have never managed to build an innings. David Warner and Watson have faltered throughout the tournament. With the latter not being part ofthe Old Trafford contest, Matthew Wade will open the innings. It could be a blessing in disguise for Australia, for the wicket-keeper has come good for the team at critical moments in a short career so far. If he can give the team a good start, they could still compete against the English attack.

The Aussie middle-order also needs to do better. The trio of Peter Forrest, Michael Clarke and George Bailey have batted well in phases, but their performances have paled in comparison to their English counterparts. Here again, the efforts of the openers has made the difference. While Jonathan Trott, Ravi Bopara and Eoin Morgan have been bolstered by excellent starts given to the team by Alastair Cook and Ian Bell, the Aussies have invariably been trying to rebuild after the early loss of their openers. Thishas reflected in the team’s fortunes as well.

Similarly, the English bowling has been far superior to that of Australia’s. In spite of having the likes of Lee, Watson and Clint McKay in their midst, the visitors have failed to keep a tab on England’s scoring. In contrast, James Anderson and Steven Finn have produced wicket-taking spells in almost each game. Australia would be aided if England decide to rest either of the two for the last game. That, however, cannot be enough for the Clarke and co to turnaround the team’s fortunes. They need to do the harder work themselves.