Sri Lanka defeated Ireland by nine wickets in Match number 15 of the ICC Men’s T20 World Cup 2022 at the Bellerive Oval in Hobart on Sunday, October 23. Ireland batted first after winning the toss, but only managed to put up 128/8 on the board. Sri Lanka then got home in the chase in 15 overs.

Ireland got off to a disastrous start with the bat, losing their skipper Andrew Balbirnie for 1. He was bowled by Lahiru Kumara as he moved across his stumps and was cleaned up as he missed his stroke. Lorcan Tucker (10) also fell in similar fashion to Maheesh Theekshana. He attempted a fine sweep by exposing his stumps, but missed the ball altogether.

Paul Stirling looked good for his 34 until he fell to Dhananjaya de Silva, caught in the deep by Bhanuka Rajapaksa. Chamika Karunaratne then dealt Ireland with another massive blow, having Curtis Campher caught for 2. Ireland were 60 for 4 at the halfway stage of their innings. 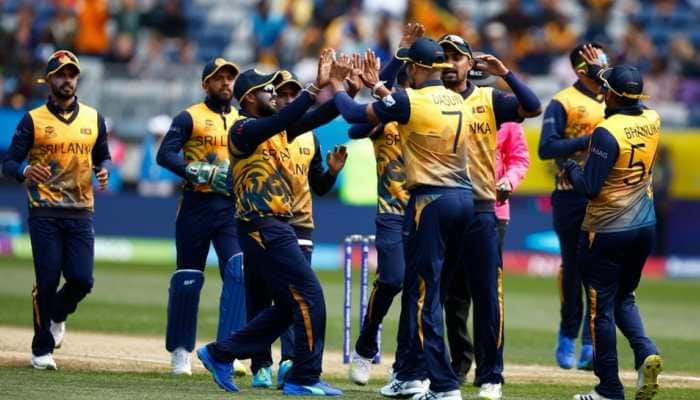 Harry Tector top-scored with 45 off 42 for the batting side, but the lower-order failed to offer any resistance. George Dockrell fell for 14 to Theekshana while Gareth Delany (9) and Mark Adair (0) perished in the same over to Wanindu Hasaranga. Sri Lanka held Ireland to a below par total of 128.

In the chase, Kusal Mendis rollicked along, scoring an unbeaten 68 off 43 balls. His innings featured five fours and three sixes. Mendis and Dhananjaya de Silva (31 off 25) added 63 for the first wicket in 8.2 overs. After he was dismissed by Delany, Charith Asalanka came in and helped himself to an unbeaten 31 off 22 balls, striking a couple of confidence-gaining boundaries. Mendis ended the game with two sixes off Simi Singh in the 15th over.

Impressed with the win, Sri Lanka captain Dasun Shanaka said, “Really happy with the way we've played the game, we set out to do some things and did well. We knew spin would play a major role, we knew they'd like pace, so we kept a lot of spin for the back-end.”

On Mendis, he added, “He has been consistent this year has played according to the situation most of the times, that's the area he has improved. That consistency which Sri Lanka needed for a long time, that gives us a luxury. Death bowling is a key area, the start with the bat is very important and that's where we can take positives going ahead.”