South Africa defeated India by 11 runs (D/L Method) in the Only T20I at New Wanderers Stadium, Johannesburg for The New Age Cup 2012

It was a damp squib at the Wanderers as rain brought an immature end to the South Africa-India T20 clash. The hosts South Africa were declared winners by 11 runs as rain pelted down at the Wanderers leaving India stranded on 71 for no loss in 7.5 overs. India chasing a target of 220 in 20 overs were 11 runs short according to the D/L score at that stage.

Gautam Gambhir led India’s charge with an attacking 49* from 28 balls with 7 fours and a six. His partner Robin Uthappa struggled but seemed to be finding some rhythm in his 18* (from 19 balls with a four). Rain had the last laugh as the players could never return back to end the one-off match between the two sides. Colin Ingram was named as the Man of the Match for his sweet knock of 78 from 50 balls. 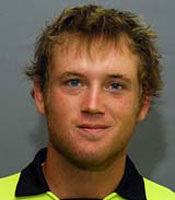 South Africa Innings : South Africa hammered 219 for 4 in 20 overs in the one-off T20I against India at the New Wanderers Stadium in Johannesburg. The hosts were nicely set up towards the big total thanks to a big partnership of 119 between opener Jacques Kallis (61 from 42 balls with 5 fours and 2 sixes) and left-handed Colin Ingram (78 from 50 balls with 8 fours and 3 sixes).

Toss and Teams: India have won the toss and asked South Africa to bat first in the Only T20I at Johannesburg. The hosts have given T20I debuts for all-rounder Farhaan Behardian and Wicket Keeper Dane Vilas. For India, Robin Uthappa gets an opportunity in the playing XI.