The Women's Asia Cup 2022 is scheduled to kick start on October 1 and wrap up by October 15. A total of seven teams will be combating in the round-robin format to claim the title. Bangladesh is hosting the multi-nation Asian event and all the matches will be played at the Sylhet Outer Cricket Stadium and Sylhet International Cricket Stadium.

Each team will be playing six games facing the other team once in the league stage. The top four teams, based on the points table, will be qualified to play the semi-finals. Winners of both the semi-finals will combat on October 15 to claim the title. A total of 25 matches will be played in the tournament. 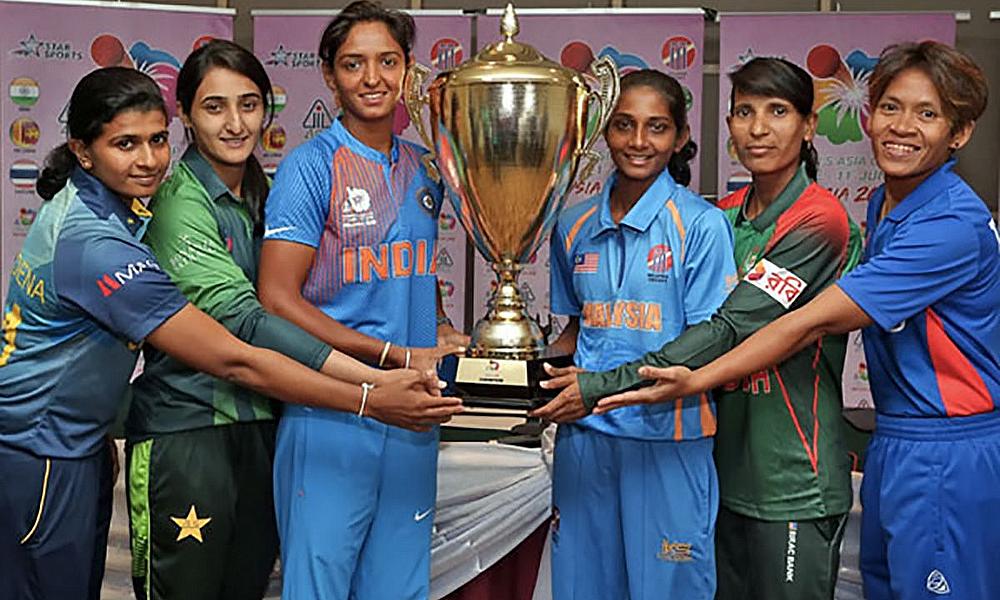 Thailand Women is to face the Bangladesh Women in the inaugural match of the tournament on October 1. Sri Lanka Women vs India Women match will be played later on the same day.

Harmanpreet Kaur will be leading the India Women team while Bismah Moroof is the Pakistan Women captain. Sri Lanka will be led by Chamari Athapaththu.

Established in 2004, the Asian Cricket Council Women's Asia Cup tournament is held once in two years either in ODI or T20I format. The winning team becomes the champions of the continent for two years. The first four editions were played in the ODI format while the successive seasons were played in the T20I format. The 2022 event is the 8th edition.

The first edition was held in Colombo and Kandy in Sri Lanka while the 2020 edition was canceled due to the Covid-19 pandemic. The matches played in the tournament grab the ODI or T20I status of the ICC.

India won all five matches of the first edition hosted by Sri Lanka and claimed the title.

The first Asia Cup played in the T20 format was in 2012 and the matches were played in Guangdong Cricket Stadium, Guangzhou, China. India and Pakistan played the final on October 23. India won the match by 19 runs.

India hosted the third edition in 2006 and the matches were played in Jaipur. India won the final defeating Sri Lanka by 8 wickets.

The previous and seventh edition was held in Malaysia in 2018. Bangladesh won the title by defeating India in the final by 3 wickets.