Kolkata Knight Riders just managed to defeat hosts CSK by 5 wickets with the match going into the final over despite the target being just 140. Skipper Gautam Gambhir led the way for KKR with a solid 63 from 52 balls (with 6 fours and a six).

KKR are now sitting pretty at no.2 in the points table with 6 wins from 10 matches. They would perhaps need two more wins from the remaining six games to stay in the hunt for the semi-finals. CSK meanwhile are struggling with just four wins in 10 matches! 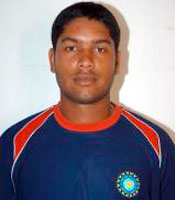 Well it was a solid start for KKR chasing the target of 140 with Skipper Gautam Gambhir and Jacques Kallis (26 from 31 balls with a four and a six) putting up a 70-run stand for the 2nd wicket. The visitors weren’t exactly cruising through to a victory as their batsmen struggled to get the big boundaries coming on what was a slow pitch. The match opened up slightly when Skipper Gautam Gambhir (63 from 52 balls with 6 fours and a six) was lbw to Dwayne Bravo in the 19th over.

Just when CSK sensed an opportunity with 16 runs to defend from 11 balls, Debabrata Das came up with a crucial cameo which sealed the match with a couple of boundaries. Drama continued in the final over with KKR needing 6 to win. Yusuf Pathan who collected two runs in the first two balls got dismissed in the third ball in an attempted slog off R Ashwin. However, in the fourth ball, Debabrata Das (11* from 4 balls) finished the match in style with a boundary. Interestingly, Debabrata Das got the Man of the Match although his contribution in the game was just a catch and the 11 not out!

Chennai Super Kings struggled to reach 139 for 5 on a slow and dry pitch at the MA Chidambaram Stadium against Kolkata Knight Riders. None of the homeside batsmen could play any explosive knock and the runs only came mostly through ones and twos.

Toss and Teams: Hosts Chennai Super Kings have won the toss and elected to bat first against the Kolkata Knight Riders in MA Chidambaram Stadium. Australian Michael Hussey gets his first game of IPL 5 taking the place of Nuwan Kulasekara. Yo Mahesh replaces Wriddhiman Saha which is the second change in the CSK XI.