When you play a game like that you learn a lot: Rohit Sharma on tricky Thiruvananthapuram surface

Indian captain Rohit Sharma admitted that the wicket in Thiruvananthapuram for the opening T20I of the three-match series against South Africa was a rather tricky one. He, however, added that players also get to learn a lot by playing on such challenging wickets.

The Men in Blue beat the Proteas by eight wickets in the first T20I on Wednesday, September 28 to take a 1-0 lead in the three-match series. Bowling first after winning the toss, India restricted South Africa to 106 for 8, which counts as a recovery considering they had lost half their side with only 9 runs on the board.

Arshdeep Singh was the star performer for India with three wickets in one over. Deepak Chahar and Harshal Patel also impressed with two scalps each. In the chase, Rohit Sharma and Virat Kohli perished cheaply, but unbeaten half-centuries from KL Rahul and Suryakumar Yadav took India home without any further trouble. 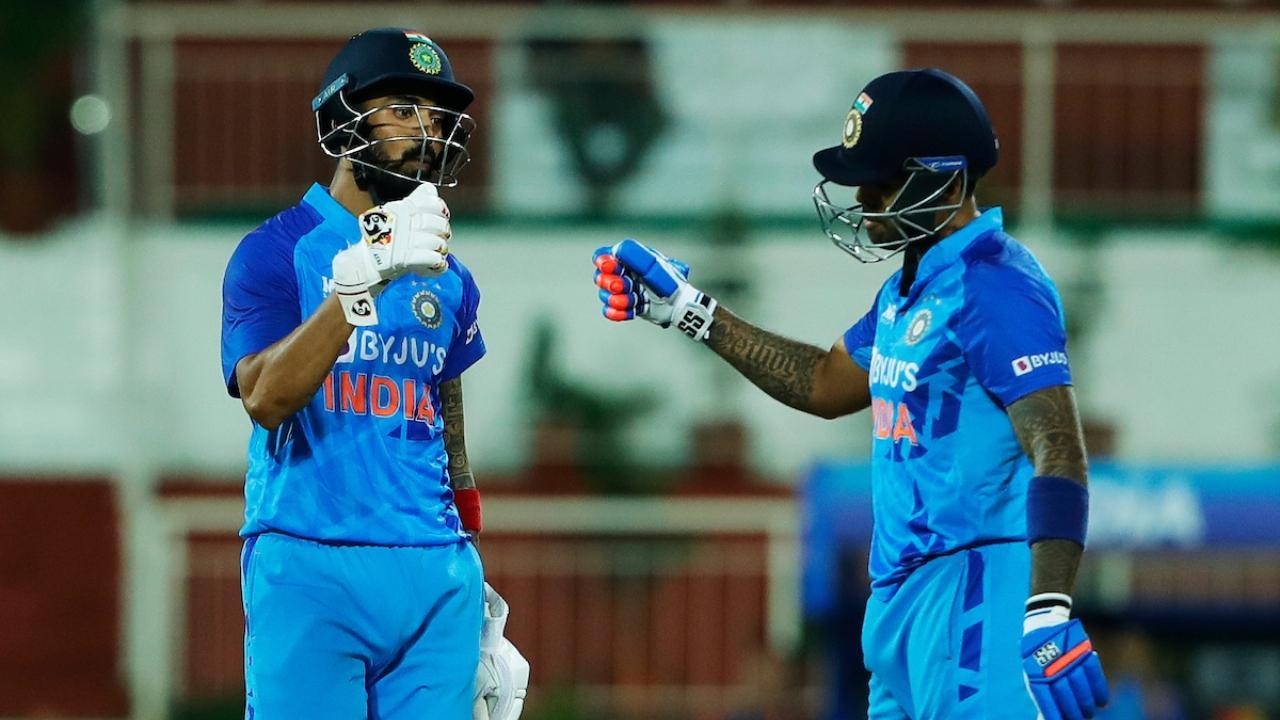 Speaking at the post-match presentation, Rohit said, “When you play a game like that you learn a lot. It was nice to play a game like that. We knew there will be something for the bowlers, but not through the 20 overs we bowled. It was sticky, there was still dampness, and it stayed throughout. There was no sun so it makes it difficult to hit. Both teams were in the contest.”

The Indian captain added getting quick wickets at the start of the game made a significant impact on the result. He commented, “We got wickets upfront, and that was the turning point. No matter what the conditions, you still have to execute your plans. When you swing the ball like that any batter will struggle. 107, we knew it was not going to be that easy. We got to respect the conditions at times, understand what shots can be played.”

The Hitman also admitted that the 93-run stand between Suryakumar and Rahul was important after they lost two early wickets.

On the other hand, Proteas skipper Temba Bavuma conceded that the batters couldn’t apply themselves. He said, “As a batting unit, we failed to apply ourselves. We weren’t able to adjust our plans.”

He, however, expressed surprise at the behavior of the wicket. Bavuma said, “We didn’t expect that, we practiced here two days, ago. We saw the wicket was spicy, but we didn’t expect it like that. You expected to hit through the line coming to India.”

“To be defending that type of score, you always hope for a miracle. The bating we need to work, and give the bowlers something to defend. Guys like Parni [Parnell], and Keshav, they showed good fight. The fight was on, but at the end of the day, there weren’t too many runs,” Bavuma concluded.

The second T20I of the series will be played in Guwahati on Sunday, October 2.