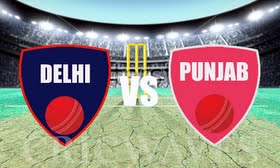 Punjab have hardly put a step wrong in their past few matches and the explosiveness of their opening batsmen will certainly be a cause of concern for the Delhi bowlers, who have been their major cause of concern. Jason Roy was the reason behind Delhi only win in the tournament but even he has been largely inconsistent ever since.
The key challenge for Delhi will be to get rid of the Punjab openers, who have turned games in their favor inside the powerplay. Trent Boult opening spell against Gayle and Rahul might just decide the fate for Delhi. It might make sense for them to bring in Liam Plunkett for Jason Roy, who got injured in the last game.
Punjab on the other hand won’t be losing too much sweat as they seem to have things going well for them. Be it the form of their batsmen or their bowlers, they seem to have all bases covered. Ashwin has led the team admirably and more importantly from the front. Yuvraj Singh is probably the one player who would be looking for a good score should he get an opportunity to bat.
Delhi will be desperately hoping to get a few wins under their belt as they settle into home territory. Given his current form, it would be hard to not expect another Gayle storm.