Every time a Test match is played at Lord's, any game, leave alone the Ashes, the expectations from the match are always heightened. But, an encounter between Australia and England in the Ashes at Lord's is always considered among the ultimate battle in sports

Every time a Test match is played at Lord's, any game, leave alone the Ashes, the expectations from the match are always heightened. But, an encounter between Australia and England in the Ashes at Lord's is always considered among the ultimate battle in sports. Be it because of the history of the lovely ground, or the number of memorable matches it has produced across formats, fans always expect something special from a match at Lord's. The build up to the second Ashes Test was also heightened following England's marvellous victory. Against that backdrop, the opening day of the Lord's Test on Thursday was extremely disappointing.

Although Australia would be very much pleased with their efforts at the end of day one, having lost just one wicket, and crossing the 300 mark, for fans it was a dull day. Not because Australia completely dominated the opening day, but more so because there was no contest between bat and ball. Of course if England had been in a similar position at the end of the first day's play, their supporters would have been much more pleased. But, the competitive atmosphere that has come to define Ashes over the years would still be missing. 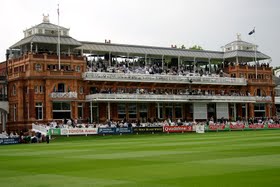 In spite of the daunting scoreboard in front of England, it would still be difficult to over-criticise their bowlers. After all, there was hardly anything in the pitch for them. No pace, no bounce, no swing. Agreed, they could have bowled a bit tightly, but that is difficult when a barren pitch is staring you in the face. Having said that England could have been in a slightly better position had they held the couple of chances that came their way. Again, it would be fair to say that not a lot of opportunities could be created either because of the nature of the pitch.

Whatever was the case with the surface, Australia deserve praise for the manner in which they completely outplayed England on the opening day after the pasting they took at Cardiff. They were under pressure for sure going into the match, and even had to leave out their struggling veterans Shane Watson and Brad Haddin. But, Chris Rogers and Steven Smith shut all of those distractions out, and concentrated on their job. Rogers has been in great form, but has been missing out on hundreds. At Lord's, he ensured that changed. Smith was also under the pump somewhat following his twin failures at Cardiff, but also rose to the occasion.

The only wicket to fall for Australia on the opening day was that of David Warner. The aggressive opener should be cross with himself for missing out on a big score, which he too needed after low scores in the opening Test. At the same time, aggression has always been his forte, so one cannot be overtly harsh on the man. They are still in a position of great dominance. If they build on the awesome start, the Test is theirs to lose. Agreed, the pitch is a benign one, but with the pressure of runs, the best of batting line-ups can crumble, irrespective of the surface. For now, England are on the back foot.