After losing the first T20 by 19 runs, Sri Lanka finally tasted success in South Africa by winning the second game on Sunday by three wickets. Though it was not a convincing win by any stretch of imagination, a victory is a victory after al

After losing the first T20 by 19 runs, Sri Lanka finally tasted success in South Africa by winning the second game on Sunday by three wickets. Though it was not a convincing win by any stretch of imagination, a victory is a victory after all. And, the triumph at Johannesburg means that all of a sudden Sri Lanka are in with a chance of winning the series. A short series like the ongoing one makes it possible for underdogs to pull off upsets, and this is what Sri Lanka will be aiming for in the final game at Cape Town. However, South Africa set extremely high standards for themselves. As such, they will look at the previous loss as a rare glitch, and would be keen to set things.

Although Sri Lanka would be buoyed by Sunday's win, the injury woes would nullify some of that advantage. The big news is that the visitors will be without their talisman skipper Angelo Mathews for the do-or-die game. He once again misses out, having twisted his ankle during his match-winning fifty in the previous match. In fact, had it not been for Mathews, Sri Lanka would have floundered the small chase as well. That is how much they depend on their skipper. The loss of pacer Nuwan Pradeep is another big disadvantage. Danushka Gunathilaka too will be missing out owing to his back issues.

In Mathews' absence, Dinesh Chandimal will lead the side. The wicket-keeper batsman will really have to pick up his game, especially now that he will also be leading the side. His vast experience not withstanding, Chandimal has been poor with the bat in both the Tests and the two T20s so far. Sri Lanka are expecting a lot more from him. Somehow, Sri Lanka haven't been able to capitalise on South Africa's inexperienced bowling. In the previous match as well they crumbled chasing 114, until Mathews came to the rescue. The likes of Kusal Mendis, Dhananjaya de Silva and Niroshan Dickwella have a chance to make an impression.

South Africa would be the first to admit that they weren't at their best at Johannesburg, especially with the bat. But, they still managed to give the Sri Lankans a run for their money. One of their most impressive bowling performers in the series has been Lungi Ngidi. The 20-year-old pacer from Durban was brilliant in the last match with figures of 4 for 19. He made an impact in the first game as well, and his efforts have earned him a deserved place in the ODI team. Ngidi will remain a threat for the Sri Lankan batsmen at Cape Town as well. South African skipper Farhaan Behardien went to the extent of saying that a star has been born. 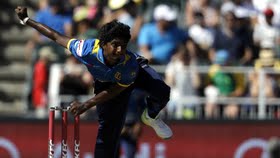 Speaking of Behardein, he will have a massive responsibility to shoulder in the absence of the big guns. The performance in the previous game made it amply clear that this is a team with a weakened batting line-up, and the inexperience showed in the way they crumbled. David Miller is the only other experienced hand in the batting line-up, along with all-rounder Wayne Parnell. At the same time, this is a great opportunity for some of the new names to put their hands up in the batting department, just like Ngidi has done with the ball. Playing at home gives South Africa a definite advantage, but Sri Lanka won't get too many better chances to upset the Proteas.