What Indian veterans can learn from Ponting

Ricky Ponting’s decision to retire after the end of the Perth Test has set tongues wagging as to whether Sachin Tendulkar would also follow suit. After all, both have been having an equally poor run in international cricket for a couple of seasons now.

Ricky Ponting’s decision to retire after the end of the Perth Test has set tongues wagging as to whether Sachin Tendulkar would also follow suit. After all, both have been having an equally poor run in international cricket for a couple of seasons now. But, while the former Aussie skipper has been honest enough to admit that he is no longer good enough to perform for his team, supporters of Tendulkar back in India maintain that he can still deliver for the side. Tendulkar-backers include former skippers Rahul Dravid and Anil Kumble and even the BCCI. 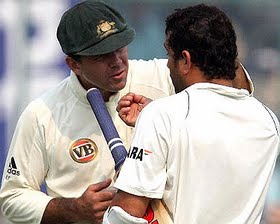 Most of those making a case for Tendulkar’s continued inclusion in the side in spite of his constant failures point out to the fact that the little master has represented India wholeheartedly for 23 years, and hence deserves to go out on his own terms. There is definitely a merit in this point of view. No one can deny that the great man has toiled hard for the nation for more than two decades, and brought along a lot of joy and childlike enthusiasm to the Indian fans and even those from other nations who love cricket.

If for nothing else, then Tendulkar deserves to go out on a high for the fans who adore him. Per se, there is nothing wrong with this line of thinking, but then again this outcome is a case of thinking from the heart instead of the head. For sure, even Ponting would have loved to go out after playing yet another Ashes series. But, although his heart would have willed him on, deep inside he knew that his time was up, specially judging by the manner in which he has been dismissed in recent times. He has been brave enough to admit that he isn’t the player he once was.

Even if Ponting had decided to carry on after the South African series, there wouldn’t have been much chance of him retaining his spot; for sure the selectors would have taken the stern call on him. This is another area where India lag behind the Aussies, and why they aren’t as successful consistently. In spite of the embarrassing reverses in England and Australia, they continued to play on with the same wounded veterans. And who knows, if Rahul Dravid and VVS Laxman had not made the decision to retire, the duo might still have been in the squad for the ongoing England Tests!

It is one thing giving a great player the kind of respect he deserves and allowing him to play on till he takes that final call on his career, and another thing ensuring that emotions do not overhaul the team goals. Without doubt there can be no replacement for Sachin Tendulkar in world cricket leave alone the Indian side. At the same time, it is also important for the team to look ahead. Tendulkar’s failures have lasted way too long for one to be optimistic of his return to ‘form’. It is time for Indian cricket to rise above the self-denial mode they have maintained over Tendulkar.