Saha opens up on Anil Kumble’s stint as coach

Indian wicket-keeper Wriddhiman Saha has spoken out about Anil Kumble’s tenure as Indian coach. Asked whether Kumble was a strict coach

Indian wicket-keeper Wriddhiman Saha has spoken out about Anil Kumble’s tenure as Indian coach. Asked whether Kumble was a strict coach, Saha was quoted as saying in sportstarlive, “I did not feel that way. As a coach, he has to be strict in some way or the other. Some have felt he is strict, some have not. I have never felt that way.”

Elaborating on the difference between Kumble and current coach Ravi Shastri, he added, “Anil bhai always wanted us to score 400, 500 or 600 runs and make the opponent all out for 150-200. That is not always possible. Ravi bhai always tells us to go out there and hit the opponent out of the park. That is the only difference I could see. Otherwise, both were positive all the time.” 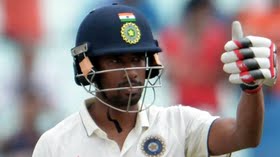 Meanwhile, Shastri has been compared Saha to the legendary Bob Taylor. On the same, Saha replied, “I have not seen Bob Taylor's keeping. I have tried to give my best. You create opportunities behind the stumps. I am always ready to create chances. I am always alert in my area.”

About keeping to bowlers like R. Ashwin and Ravindra Jadeja and Mohammad Shami, Saha said, “I have been keeping to Ashwin and Jadeja for a long time. I enjoy that. In the second Test it was challenging but keepers always like the ball to be coming to them. It's great that Shami is continuing his aggression after coming back from injury. It is good for him and the team.”