Debate: Should Parthiv Patel be retained as a pure batsman?

In the wake of Parthiv Patel's success with the bat on his comeback at Mohali, Tem India will find themselves in a dilemma as to what to do with him for the next Test at Mumbai

In the wake of Parthiv Patel's success with the bat on his comeback at Mohali, Tem India will find themselves in a dilemma as to what to do with him for the next Test at Mumbai. Parthiv was brought in as a stop-gap arrangement as regular keeper Wriddhiman Saha got injured on the eve of the Mohali Test. In case Saha is unavailable for the next Test, Parthiv automatically stays in. But, in case he is fit, Parthiv will have to make way behind the stumps, since Saha is clearly the better of the two keepers. But, considering Parthiv's commendable batting at Mohali, and India's top-order woes, it would be difficult to ignore the Gujarat batsman's success. Here are some options India could explore. 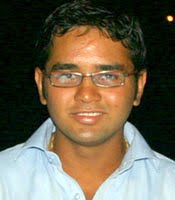 Open with Parthiv, drop Karun Nair: One of the two reasons Parthiv got to open at Mohali was because, apart from Saha, Lokesh Rahul was also unavailable due to fitness issues. As a result, Karun Nair made his debut at number six. He did not have a memorable initiation as he was run out. It would be unfair to drop Karun after just one failure. But, the fact is that Parthiv grabbed his chances with both hands, and brought stability as an opener, something which India have been missing in recent times considering the merry go round between Vijay, Rahul, Shikhar Dhawan and Gautam Gambhir.

Drop both regular openers and open with Pujara: In the event of India wanting to give another chance to Nair, another option could be keeping out both Rahul and Vijay, and opening with Parthiv and Cheteshwar Pujara, considering that India's lower-order batting has done very well. But, whether that is a risk worth taking is something that needs to be seriously pondered upon, especially considering that Pujara has tasted excellent success at the number three position of late. Is it worth gambling with his slot just to fit in an extra batsman?

Play four bowlers: One more choice that India can ponder upon is playing six batsmen and four bowlers. In this case, the three spinners Ravichandra Ashwin, Ravindra Jadeja and Jayant Yadav would automatically walk in, while Umesh Yadav will have to make way for the sixth batsmen, since Mohammed Shami is definitely the more potent of the two pacers, and if India have to choose between one, it would definitely be Shami over Yadav, unless injury or fitness comes into play.

Rest struggling Rahane: This is a far-fetched possibility, and an extremely unfair one since Ajinkya Rahane has been India’s best Test batsmen across the globe in the last two years. Also, Mumbai is his home ground, so he would be raring to make an impression there. But, in case India want to give Rahane a break to find his way back, Nair could take his place in the middle order.

Whatever the final decision, the fact is that the Indian think-tank would find it difficult to leave out Parthiv following his Mohali success.