Even though left-arm pacer Arjun Tendulkar failed to appear in a single game this year in the Indian Premier League, fans have been asking for his selection constantly. He gained further popularity lately, apart from being the son of great player Sachin Tendulkar, when England woman cricketer Danielle Wyatt shared his photo on her Twitter account.

Arjun Tendulkar is currently in the United Kingdom. He is seen dining at a restaurant in the shared post captioned as "Good to see my little mate from a Nandos yesterday." The post has now gone viral. 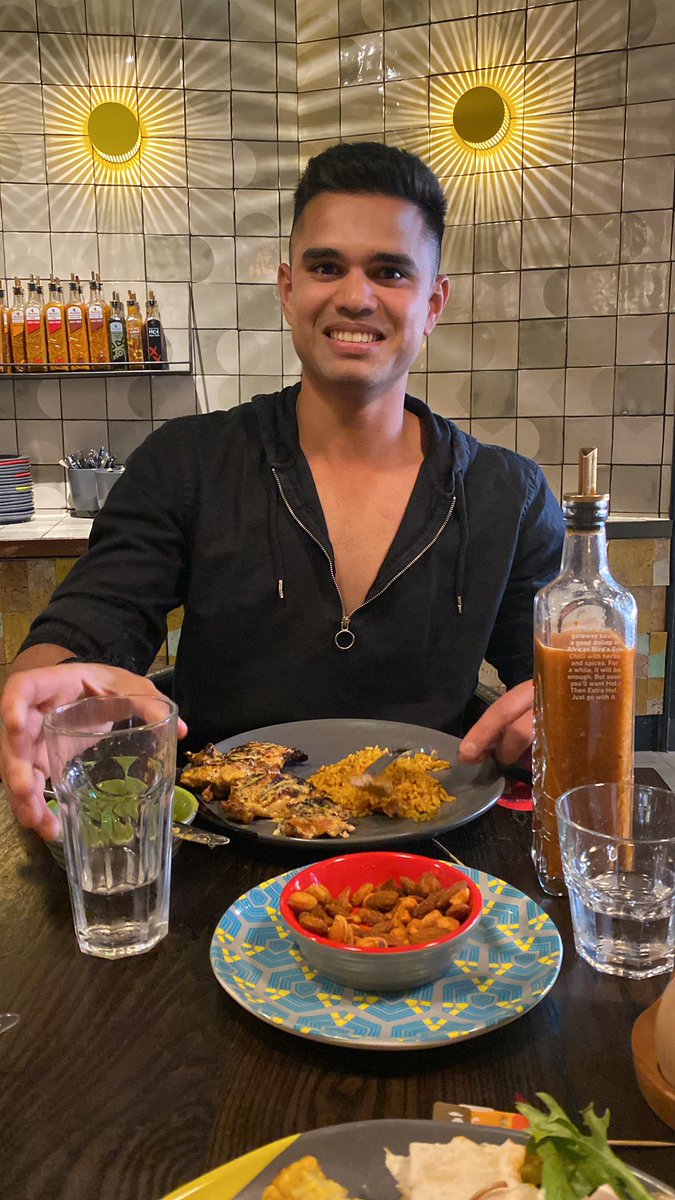 The 22-year-old was in the Mumbai Indians team in the last IPL tournament. He was picked for Rs 30 lakh through a mega auction held in February 2022. Expectations were high to witness his IPL debut, but he failed to get a chance to showcase his skills. His domestic T20 debut was against Haryana in January this year. His second exposure was against Puducherry. He played for team Mumbai.

Mumbai Indians lately announced the team is to get a three-week exposure tour of England next month with respect to preparation for the upcoming edition of the IPL. The players' list includes NT Tilak Varma, Hrithik Shokeen, Kumar Kartikeya, Rahul Buddhi, Mayank Markande, Anmolpreet Singh, Ramandeep Singh, Aryan Juyal, Murugan Ashwin, Basil Thampi, Arshad Khan, Akash Medhwal, Dewald Brevis from overseas and Arjun Tendulkar. They are scheduled to play about ten T20 games against a couple of clubs across various counties in the country.

Carrying the Tendulkar surname may turn up intense pressure on the young boy. Fans talk about him as Sachin's son. He needs to showcase his own cricket and assure the world not to compare him with his dad.

Don Bradman's son had a vision of the level of pressure of expectation he would face. To avoid such challenging circumstances, he changed his name. He removed Bradman surname. It is obvious people would compare a son with a dad.

Legendary cricketer Kapil Dev urged cricket lovers not to put pressure on Arjun as he is just a young boy and would be unfair to do so. Sachin Tendulkar is a big name in the sport and if Arjun can become even fifty percent like his dad, there could be nothing better. He suggested Arjun enjoy cricket and avoid proving anything.

Sachin Tendulkar earlier said the path for Arjun is going to be challenging and it is important for him to do the hard work to get results.

“In his two matches, the total run score was 3 with a top score of 3 and he bowled seven overs grabbing 2 wickets. His bowling average is 33.50. He is a left-hander all-rounder, unlike his dad.”

All-rounder Danielle Wyatt plays for Southern Brave, Southern Vipers and Sussex apart from being in the squad of team England. She debuted for England in March 2010 against India in Mumbai.