Retired Indian legend Anil Kumble has made an interesting suggestion recently, that out-of-favour middle-order batsman Mohammad Kaif must be considered for Test matches.

Retired Indian legend Anil Kumble has made an interesting suggestion recently, that out-of-favour middle-order batsman Mohammad Kaif must be considered for Test matches. Even though the veteran batsman from UP last played a Test for India in 2006, Kumble’s comments make a lot of sense, as it always does. According to the former India leg-spinner, Kaif is still only 31, an age at which most batsmen are at the peak of their career. This has proved to be very much true in the case of most great batsmen around the world. Further, even though he has been away from the spotlight, Kaif had a highly successful Ranji Trophy season last year, scoring 537 runs and averaging close to 60. 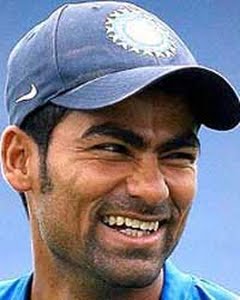 The most pertinent point Kumble made regarding thediscarded batsman was that ‘in the clamour for flamboyance, the selectors have completely lost track of Kaif’. This is very true, and also an extremely dangerous precedent the Indian selectors have set. Come to think of it, Rohit Sharma hasn’t yet found his bearings at the one-day level, which is one of the reasons why his Test debut has been delayed. Further, Suresh Raina has been found wanting whenever the Indians have played away from home. Forget Raina and Sharma, before him, even the experienced Yuvraj Singh failed to establish himself as a Test player, despite getting innumerable opportunities.

With Rahul Dravid out of the picture, India are hunting for a new number three. Cheteshwar Pujara and Virat Kohli are the frontrunners for sure, but there is no reason why Kaif’s presence on the domestic scene should be totally disregarded. Remember he averaged on 50 in his last Test series, against West Indies in 2006. Even in the series against Australia before that, he came up with a much remembered half-century, during which he battled with cramps, and had to be eventually taken off the field with help from the Indian camp. His knocks, however, never got the deserved recognition. Another reason why Kaif should be seriously considered for Tests all over again is because while Dravid has already retired, Sachin Tendulkar and VVS Laxman are on the verge of ending their magnificent careers. And in such a scenario, India will need at least one experienced player, and Kaif could be that man.

It has been evident that India have a real problem with their batting line-up, following the embarrassing failures in both Australia and England. Some changes need to be rung in for sure. And while Kaif will have to prove himself all over again, if he indeed gets that elusive opportunity, that is not reason enough for the selectors to shut the door on him, at least not yet.