Having shocked South Africa with a world record run chase, England will face a much easier challenge against Afghanistan at New Delhi on Wednesday. England were absolutely rollicking in successfully chasing a gigantic target

Having shocked South Africa with a world record run chase, England will face a much easier challenge against Afghanistan at New Delhi on Wednesday. England were absolutely rollicking in successfully chasing a gigantic target, against the Proteas. It was a must win situation for them after they were plundered by West Indies (read Chris Gayle) in their opening encounter. After their bowlers had conceded much in excess of 200, it seemed England would be all but knocked out of the tournament. However, Joe Root had other ideas. As for Afghanistan, their learning curve will continue after another impressive effort against South Africa. 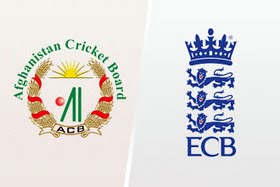 England were absolutely brilliant in their chase against South Africa. Root played a near flawless innings, finding the boundaries at ease, and never allowing the pressure of the run rate to get to England. He found the gaps to precision, and only reiterated what a versatile batsman he is, who can alter his batsmanship depending on the situation and the format. While Root was superb, Jason Roy was also sensational at the top. And, it was his early blast that took South Africa by surprise and gave England belief. What they would want now is runs from Alex Hales, Eoin Morgan, Ben Stokes and Moeen Ali.

Even though England managed to overcome South Africa in the previous game, their bowling was a major cause of worry in that contest as well. After being thrashed by Gayle in the opening game, they were blasted by the Proteas batsmen as well. The opening bowlers David Willey and Reece Topley did not inspire a lot of confidence, as they sprayed the ball all over the place, and were taken to the cleaners. Even the experience of Stokes with the ball hasn't come in handy. In comparison, Adil Rashid and Moeen have been effective, but expensive as well. England may look up to the experience of Liam Plunkett against Afghanistan.

As for Afghanistan, they would be delighted to be playing amongst the big sides and, more significantly, competing. Mohammad Shahzad has been a rock star at the top of the innings. His 44 off 19 against the Proteas was absolutely scintillating, and it needed an unplayable delivery from Chris Morris to bring an end to the fantastic knock. Afghanistan have a highly talented batting line up, that can compete with the best on a given day. Skipper Asghar Stanikzai, Samiullah Shenwari and Mohammad Nabi have all got runs during the course of the event.

It is in the bowling and fielding department that Afghanistan need to show tremendous improvements. The likes of Amir Hamza, Dawlat Zadran and Shapoor Zadran have played a few games for the team, but are yet to find their feet in the T20 format. Rashid Khan showed some signs of promise in the qualifying round, but he was completely taken apart by the experienced South Africans. It remains to be seen how Khan recovers from the pasting. Nabi and Shenwari also need to do better. As long as they are competing though, Afghanistan should be pleased.