The Pakistani pair of Shahid Afridi and Imran Nazir came good to help Dhaka Gladiators to defeat Barisal Burners by 8 wickets in the BPL 2012 Final at the Shere Bangla National Stadium. 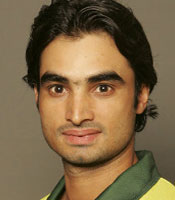 Earlier the Mashrafe Mortaza led Dhaka Gladiators had won the toss and asked Barisal Burners to bat first. Barring a superb 70 (from 51 balls with 4 fours and 4 sixes) by Skipper and Opener Brad Hodge, the rest of the batsmen failed to contribute anything significant for the Barisal Burners who were restricted to 140 for 7. Shahid who joined the tournament late bowled well for his 3 for 23 in 4 overs.

Imran Nazir got the Man of the Match for his blazing 75. Shakib Al Hasan, Captain of the Khulna Royal Bengals got the Player of the Series award.