All of us are looking forward to his guidance: Cheteshwar Pujara on Rahul Dravid

Indian batter Cheteshwar Pujara has stated that Rahul Dravid coming in as coach of the Indian team will help not only the younger players but senior players like him as well. It is no secret that Pujara has modelled his game on Dravid. In fact, he took over the No. 3 spot in India’s Test team following Dravid’s retirement.

The Indian legend took over as head coach during the T20I series against New Zealand. The two-match Test series against the Kiwis will be his first assignment in the longer version of the game. Speaking at a press conference ahead of the first Test, which starts in Kanpur on November 25, Pujara admitted that Dravid’s presence will be valuable. 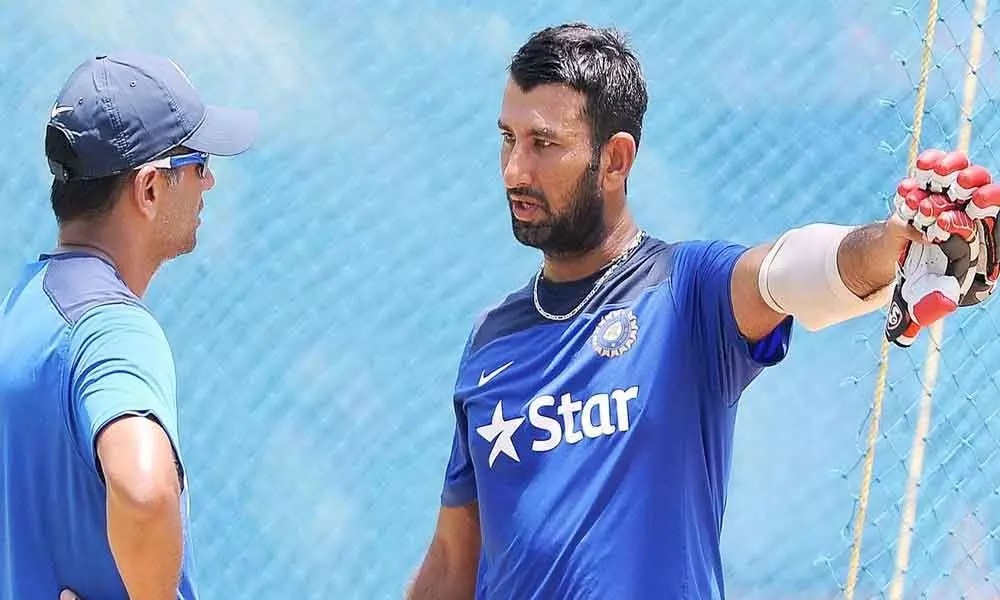 The 33-year-old was under pressure in England after a poor start to the Test series and was criticised for being too slow. He admitted that a change in mindset helped him turn a corner as he scored 91 at Leeds and a half-century at The Oval.

He added that he wouldn’t put too much pressure on yourself and just try and go there and enjoy the game rather. The veteran batter explained, "That was the mindset during England series. So far preparation has been good and experiences of playing in Indian conditions will help in the next couple of Tests.”

Pujara has been appointed vice-captain for the first Test since Virat Kohli has been rested and Ajinkya Rahane would take over leadership duties for the opening Test. The first Test of the two-match series will be played in Kanpur from November 25.