Senior England all-rounder Ben Stokes lavished praise on skipper Joe Root for his record-breaking double hundred on Day 2 of the first Test against India in Chennai. Root scored 218 and became the first batsman to hit a double century in his 100th Test. Root and Stokes (82) featured in a 124-run stand for the fourth wicket as England ended the day on a healthy 555 for 8.

Speaking to the media following the conclusion of the second day’s play, Stokes said, "He (Root) makes us all feel pretty rubbish, how easy he makes batting look. I was quite surprised he run down the wicket and scored the six to bring out the double. He is in phenomenal form, just making things look very very easy.

“The way he dominates spin is incredible to watch. I do not think we had an England batsman ever who plays spin like he does. He got an answer and an option to everything thrown at him. He is just a delight to watch at the moment.” 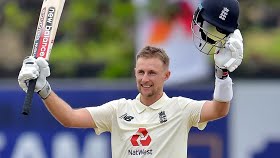 Stokes, himself, batted rather aggressively. His 82 came off 118 balls. Speaking about his own knock, Stokes added, "It is nice to come back in with a bit time off and spending some time out in the middle. We are in a very strong position as a team after putting ourselves in scoring above 500 with still two wickets remaining going to day three."

The England all-rounder also admitted that he made an effort to be aggressive as the spinners were getting some purchase off the wicket. The 29-year-old added about his knock, “I'm making sure I'm either getting right down the wicket or getting right back. Today, initially, it was a typical subcontinent wicket, but Nadeem got a couple to kick out of the rough, and I said to myself, ‘I'd rather get caught at deep square taking the attack to him rather than get caught short leg being defensive’.”

Stokes also revealed that there is more help for the spinners as compared to pacers in the surface and, hence, hailed the Indian fast bowling duo of Ishant Sharma and Jasprit Bumrah for toiling hard.