Mumbai Police yesterdat revealed that cricketers Rahul Sharma and Wayne Parnell have tested positive for drugs which they allegedly took during a rave party in Juhu, Mumbai held on June 22.

Mumbai Police yesterdat revealed that cricketers Rahul Sharma and Wayne Parnell have tested positive for drugs which they allegedly took during a rave party in Juhu, Mumbai held on June 22. Both Rahul Sharma and South African Wayne Parnell, who were part of the Pune Warriors team in IPL 5, were arrested along with several others when Mumbai Police raided the Oakwood Premier Hotel in Juhu. They were released after being asked to give their blood samples for subsequent tests.

Out of the 90 people that were arrested during the raid, 44 of them tested positive for drugs. It is learnt that both Rahul and Parnell had either consumed cannabis, cocaine or an ecstasy drug by the name MDMA. 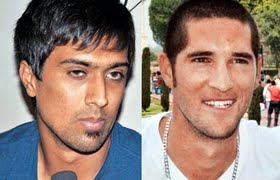 At the time of the arrest, Wayne Parnell had claimed innocence saying that he was in the wrong place at the wrong time. Rahul Sharma went a step ahead saying that he would quit cricket if he had tested positive of taking drugs. Unfortunately it could be a case of the cricketers taking the drugs without their knowledge as well.

Rahul Sharma faces arrest following the reports that he had indeed taken drugs during the party. The tall leggie is part of the India Squad in Sri Lanka. Rahul Sharma is likely to get imprisonment for six months to one year under section 27. As far as Wayne Parnell is concerned, he could get away from the crime being a foreigner.

The BCCI is waiting to seek the detailed reports about Rahul Sharma’s case before taking any action while Cricket South Africa also wants to wait until it gets full clarity on the issue.