Another Twenty20 Cricket League is coming up, this time in the cricket crazy nation of Bangladesh. Whether this tournament will be a hit or a flop, well we cannot predict but for sure, the crowds will fill up the stadiums in Bangladesh as they crave for cricket! The Bangladeshi fans have been mostly disappointed with their national team’s performance in International Cricket since their country’s inclusion as an ICC full member. But in this tournament, it will only be joy for the spectators as the local Bangladeshi players will showcase their talent in hitting the fours and sixes, and the bowlers taking wickets in the 33 Twenty20 matches of this tournament.

Well obviously the Bangladesh Cricket Board has been inspired by the BCCI’s IPL. What the Bangladesh Premier League or the BPL will do is to commercialise the sport in the country. Cricketers will get more money and at the same time with some international stars coming from abroad, the quality of the Bangladeshi Cricketers is bound to improve. The tournament will also help the Bangladeshi cricketers to perform more professionally because of the possible corporate pressures. In general, the young Bangladeshi cricketers are more suitable to the shorter version of the sport as they do not really have the ability to sustain their performances for long periods of time. 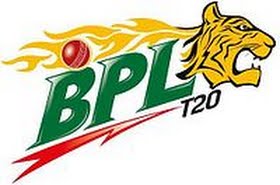 Using this tournament, Bangladesh can hope to build its players to perform on a more consistent basis atleast in the shorter version of the game that is the T20Is and the ODIs. Of course, too much of this fast food cricket does prove to be detrimental for Test Matches but may be its one step forward for Bangladesh Cricket to progress. Some of the upcoming talents in the country will get the much needed exposure as well which should help Bangladesh to strengthen its national side.

For the inaugural edition of the tournament which is titled as the ‘Destiny-Boishakhi Bangladesh Premier League’ will kick off tomorrow. Six franchises will take part in this tournament playing each other twice before the knock-outs. So that makes it 30 league matches followed up by the Semi-Finals and the Final. The six teams that are going to take part in the BPL 2012 are Barisal Burners, Chittagong Kings, Khulna Royal Bengal, Dhaka Gladiators, Duronto Rajshahi and Sylhet Royals.

Let’s take a look at all the six franchises in brief :

The star attractions of the Chittagong Kings apart from Mahmudullah and Tamim Iqbal are Sri Lankan legend Muralitharan, Shoaib Malik, West Indians Dwayne Bravo, Lendl Simmons and Jerome Taylor. The squad will be helped by Australians - Michael Bevan as the batting coach and Dean Jones as the Technical Director.