Australia will take on West Indies in match number 38 of the T20 World Cup 2021 at the Sheikh Zayed Stadium in Abu Dhabi on Saturday. The game will be played as part of the Group 1 encounters in the Super 12 round of the ICC event. The Australia vs West Indies clash will begin at 3:30 PM IST and 2:00 PM local time.

While West Indies have been knocked out of the tournament following their loss to Sri Lanka, the game will be significant for Australia as they are still very much in contention for a place in the semi-finals. Both Australia and South Africa are grappling for the second semi-final spot in Group 1. 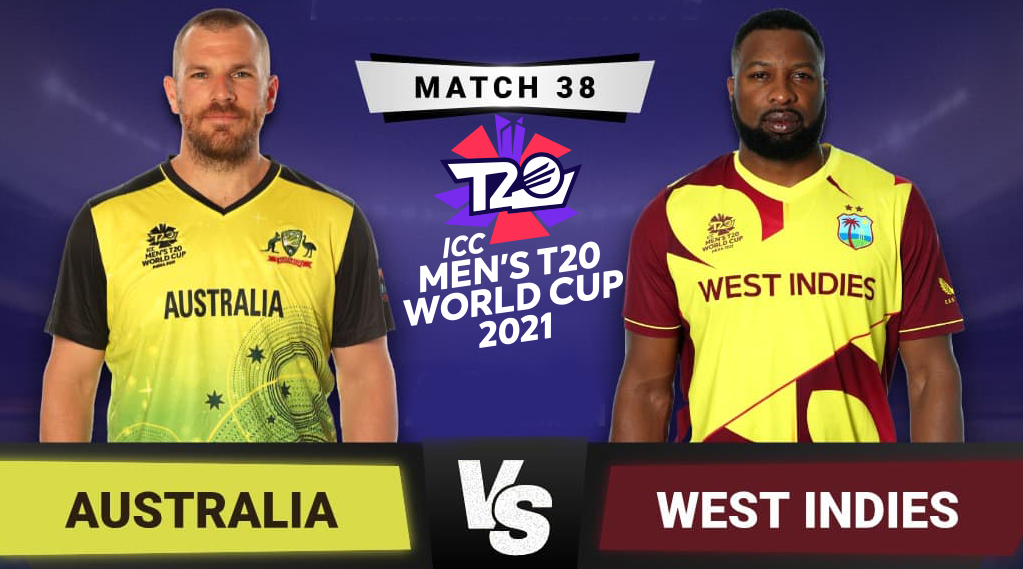 Both the teams have three wins and one defeat from four games. However, Australia are placed at No. 2 because of a superior run rate. If they can put it across the Windies on Saturday, they will move to eight points. The Proteas have to face England in their last match and if they lose that game, the Aussies will be through. Else, it could all come down to the net run rate scenario

Australia had it all easy in the last match, getting the better of Bangladesh by eight wickets. Adam Zampa claimed a superb five-for as Bangladesh collapsed to 73. The chase was then done and dusted in a jiffy as Aaron Finch went berserk. West Indies continued their disappointing run against Sri Lanka. Shimron Hetmyer’s unbeaten 81 being the only performance of note.