Sydney Sixers defeated the Chennai Super Kings by 14 runs in the Group B Match of the CLT20 2012 at the New Wanderers Stadium in Johannesburg.

Sydney Sixers defeated the Chennai Super Kings by 14 runs in the Group B Match of the CLT20 2012 at the New Wanderers Stadium in Johannesburg. All-rounder Moises Henriques was the star performer with both the bat and the ball as CSK chasing a high target of 186 fell short of it despite a fine half century from Suresh Raina.

Asked to bat first by MS Dhoni after losing the toss, the Sydney Sixers thanks to a breezy opening start piled up a huge total of 185 for 5. Opener Shane Watson scored 46 (from 30 balls with 5 fours and 2 sixes) to provide the initial momentum. Steven Smith with 26 (from 17 balls with 3 fours) and Moises Henriques with 49* (from 23 balls with 5 fours and 3 sixes) put up a superb stand of 75 in just 39 balls to finish off the innings in style. 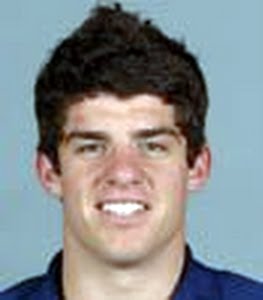 As usual, the bowling for CSK saw R Ashwin hold his own with decent figures of 4-0-32-2 while left-arm spinner Ravindra Jadeja did well for his 4-0-29-1. CSK in their run chase failed to get off to a flier and at 67 for 3 in 9 overs left a lot of work to be done in the second half. Faf du Plessis, coming in at no.3 scored 43 (from 25 balls with 5 fours and 2 sixes) and Suresh Raina chipped in with 57 (from 33 balls with 8 fours and 2 sixes). Yet CSK was struggling to get near to the target of 186. Moises Henriques made the task difficult for CSK by taking three key wickets in the middle order.

In the end, CSK was left with 171 for 9 which was way short of the target. Apart from Henriques, left-arm quick Mitchell Starc bowled well for his 3 for 31. Young fast bowler Josh Hazlewood may not have got any wickets but made an important contribution with his 4-0-25-0.