You would like more runs from Ajinkya Rahane: Indian coach Rahul Dravid

Team India’s head coach Rahul Dravid admitted that the management would like veteran middle-order batter Ajinkya Rahane to score more runs. At the same time, he asserted, like Cheteshwar Pujara at the start of the Kanpur Test, that Rahane is only one match away from finding form again.

With Virat Kohli being rested for the first Test, Rahane was appointed skipper. However, he had another poor game, scoring only 35 and 4. In contrast, debutant Shreyas Iyer scored 105 and 65. While Iyer was named man of the match for his splendid batting efforts, India could not win the Test as New Zealand hung on for a draw despite losing nine wickets.

At the post-match conference, Dravid was asked the million-dollar question in Indian cricket. Whether he was worried about Rahane’s form. The coach responded, “I mean you don’t get worried. Of course, you would like more runs from Ajinkya, he would like to score more runs.”

Backing Rahane to overcome his elongated poor stretch of form, the Indian coach added, “He is a quality player and he has done well for India in the past. He is one of those guys who has quality and experience and it’s matter of a game when he would like to turn it around and he knows that and we know that.” 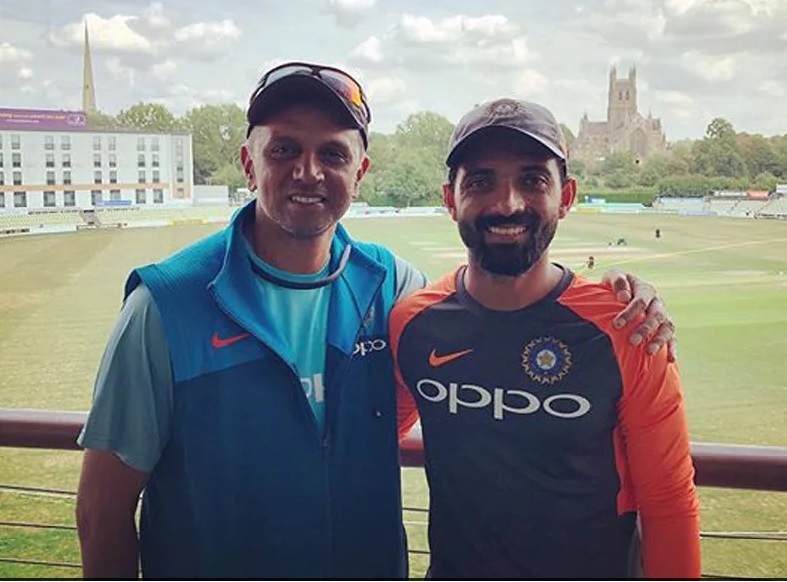 India will have a massive selection headache for the second Test in Mumbai, with Kohli returning to lead the team. Someone will have to vacate a batting spot. Will India drop debutant Shreyas Iyer after his incredible Test debut? Dravid responded, “Look, we haven’t decided what will be our playing XI and it’s too early. At least, today our focus was on this game and when we go to Mumbai, we will assess the conditions and check people’s fitness. Virat Kohli will join us so we have to discuss with him also and then take a decision.”

Dravid, however, hailed Iyer for a stupendous Test debut. The 26-year-old created history by becoming the first Indian debutant to score a a hundred and fifty in his first match. The former India captain said in praise of Iyer, “It’s great to see the young guys come through perform straightaway on debut and we saw that with one or two of the players in T20 as well and they made a good account of themselves.