Sri Lanka, against all odds, defeated hosts and favorites England to keep their hopes alive in World Cup 2019. Batting first, the Lankans managed only 232

Sri Lanka, against all odds, defeated hosts and favorites England to keep their hopes alive in World Cup 2019. Batting first, the Lankans managed only 232, built around Angelo Mathews' unbeaten half-century. However, Lasith Malinga's 4 for 43 and Dhananjaya de Silva's 3 for 32 ensured Ben Stokes' unbeaten 82 was in vain.

Malinga, who returned home following the passing away of his mother-in-law, came back to England and immediately made an impression against England. Lanka skipper Dimuth Karunaratne was lavish in his praise of the veteran pacer.

"I think he's a legend. He knows what he has to do. Whatever he does, he is doing his best, so that is why I said, if he wants to go home and come back, that's fine. So I think he did that and he came back again and he gave a good example for the rest of the guys. He just keeps doing what he knows, that is the main thing, the basic things, said Karunaratne after Lanka pulled off the shock upset. 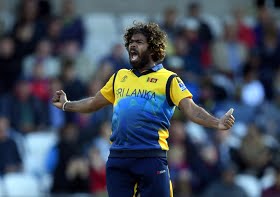 Karunaratne was also pleased that Angelo Mathews delivered with crucial innings to keep Sri Lanka in the game. The captain felt, using his experience, Mathews judged the pitch very well and ensured Sri Lanka put up what proved to be just about enough.

"We thought it was a good, flat wicket, it would come nicely, but when you play, it was seaming a bit in the first few overs, and then suddenly it's a bit slower and slower. We took some advice from Angelo, he said 'It's getting slower and slower'. So he said we couldn't get 280-300, but if you can get 250-240, it's a good total on this wicket

"He knew how to play. I think he is a good finisher, he did really well, a good job, and hit his area really very well on this track, I think that is what he did. And all of the middle-order batsmen contributed really well once the openers went early, I think they did a good job," Karunaratne further explained.

Despite the win, Sri Lanka still needs to win the remaining matches stay in the hunt, and Karunaratne admitted he isn't looking too far ahead.