Pakistan should be disappointed to have lost to Sri Lanka

In a short tournament like the Asia Cup, where each team plays the other only once, losing a game early on in the series can put the side in a very difficult situation, from where making a comeback would need a lot of doing.

In a short tournament like the Asia Cup, where each team plays the other only once, losing a game early on in the series can put the side in a very difficult situation, from where making a comeback would need a lot of doing. Pakistan find themselves in a similar situation now. They took on Sri Lanka in the opener, and went down in a rather dissatisfactory manner. They still have games against Afghanistan and Bangladesh to try and cement their place in the final. But, having lost to the Lankans, that may not be enough. 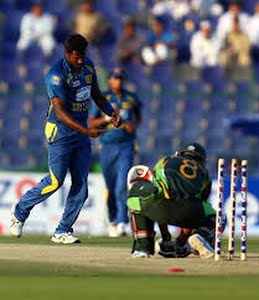 Although Pakistan would start as favourites in their game against Afghanistan on Thursday, they would still be reeling from the loss against the Lankans. The defeat would be stinging because the lost the game from a winning position. At 242 for 4, chasing 297, it was Pakistan’s game to lose. But, like they have often done in the past, their batting let them down as they put together another insipid batting collapse. Even though Lasith Malinga bowled superbly for his five-for, Pakistan would know deep down that it was their batting, more than Lanka’s bowling, that led to the defeat.

During the match, skipper Misbah-ul-Haq and wicket-keeper Umar Akmal featured in a wonderful partnership, which aided the team in recovering from a poor start, and put them on the part to victory. However, they were also guilty of throwing their wickets away at a time when Pakistan needed at least one of them to carry away. One cannot be harsh on the duo since they did play quality knocks, but it is fact that they gave their wickets away more than the opposition bowlers picking them up. If at least one of them had carried on, the result could have been different.

What the wicket of Akmal did was open up the floodgates for the opposition. Shahid Afridi was once again poor at a time when the side needed him to show some resolve. And once, Misbah also departed soon after, the game was all but over for Pakistan. From 242 for 4, they had collapsed to 284 all out, and were left to lick their wounds when they actually should have been celebrating a hard-fought win. The other batsmen were also villains in the cause as the top four batters all got into double figures but made insignificant scores.

Realistically, Afghanistan won’t be looking forward to upsetting Pakistan, but they would try and give the unpredictable opponents a scare for sure. After all, Pakistan have even gone down to Ireland on their bad day. Afghanistan skipper Mohammad Nabi will be keen for his side to put up an impressive showing on their side’s Asia Cup debut. They have batsmen like Karim Sadiq and Nawroz Mangal, who are proven performers for the country. With the ball, left-arm pacer Shapoor Zadran is capable of generating pace. Pakistan would like to get first points on the board even as Afghanistan will want to score mental points.