Why this eerie silence over spot-fixing?

Chennai Super Kings captain MS Dhoni did not attend the last two press conferences held by the franchise during the recently-concluded IPL. Indian skipper MS Dhoni had no choice but to attend the press meet ahead of the Champions Trophy as the Indian team headed to England.

Chennai Super Kings captain MS Dhoni did not attend the last two press conferences held by the franchise during the recently-concluded IPL. Indian skipper MS Dhoni had no choice but to attend the press meet ahead of the Champions Trophy as the Indian team headed to England. However, all the tough questions and the simple ones as well, basically anything related to spot-fixing, fired at Dhoni, were head-butted by a representative of the BCCI in the opposite direction. The Indian captain was not allowed to answer even one question related to the controversy, with the abovementioned gentleman clarifying that only questions related to the Champions Trophy would be answered. 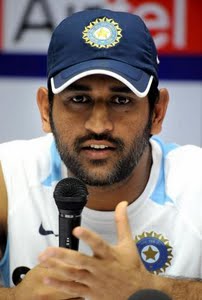 Why? Don’t the players have any responsibility towards the media and the fans? Doesn’t the common man have the right to know what his favourite cricketer thinks about such a big controversy that has engulfed the game? Or is it that our heavily-paid cricketer will only face up and answer queries when things are all hunky dory? So much has transpired over the IPL in the last fortnight since the arrest of S. Sreesanth and co, and so many unanswered questions remain. Will some give us a fair answer to all of them or will they be buried under the guise of investigation?

The saddest part about this dark chapter in Indian cricket is that some well-respected names like Rahul Dravid and Ravi Shastri are still backing the IPL, stating it has done more good than bad for the game. Oh really? How many players from the domestic league have gone on to shine in international cricket over the past six years? You will struggle to reach double figures if you begin counting. On the other hand, you will have no trouble in jotting down the number of issues that have dogged the league ever since its launch. If fact, a whole episode of KBC can be dedicated to controversies in the IPL.

Where do we begin with? Slapgate, allegations of money-laundering, termination of Kochi Tuskers and Deccan Chargers, Pune Warriors pulling out, players banned for illegal activities, rave party arrests, molestation chargers and, of course, the latest spot-fixing controversy. The above mentioned pointers are enough to conclude that unwanted practices are a norm in the overhyped domestic T20 league as opposed to an exception. If the spot-fixing revelation was a one-off case one could understand people backing the league, but not in the wake of his league’s shady past.

Former cricketer VVS Laxman has a point when he says that the greed of a few cricketers will not affect the credibility of the others, but he cannot deny the fact that the credibleness of the IPL has been scarred forever. Who will believe that a close game in the league is a clean one when almost every day there are stories of some IPL game or the other being fixed? If all the skeletons tumbling out of the closet aren’t enough to clamp down on the league, then nothing is.