Former Pakistan batsman Younis Khan is regarded as one of the finest batsmen to have played the game at the highest level. He scored over 10,000 runs in Tests with 34 centuries at an average of 52.05. In ODIs as well, he hit 7,240 runs at an average of 31.24. However, Younis had a controversial reign as Pakistan’s skipper.

Just a few months after leading Pakistan to the World T20 title in 2009, Younis shockingly stepped down as captain of the team. Reflecting on those tough times, Younis said that he spoke the truth, which some players considered harsh, and could not take it. 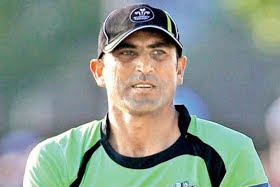 Speaking to Gulf News, Younis philosophically said, “You often face a situation in life where if you speak the truth, you are considered as a mad man. My fault was pointing out to a group of players that they were not pushing themselves hard enough on the field for the country.”

“The players were, however, regretful later and we played as teammates long enough after that. I knew I had done nothing wrong for it’s a lesson that I had learned from my father – to always speak the truth and always remain humble,” Younis recalled.

Asked about what advice he would like to give youngsters, Younis said that he learnt a lot from Javed Miandad, and would like to pass on his advice to the current generation.

"During my playing days, I had Miandad as a coach. As someone who was a master of the big hundreds himself, he used to tell me that once you reach 100, think you are starting from zero.

“This may sound like a cliche but it’s quite a difficult thing to do as it needs a great deal of mental fitness – alongwith physical fitness,” Younis concluded.