Former India skipper and legend Sunil Gavaskar has suggested that if India and Australia agree to swap the T20 World Cups then both the tournament and the Indian Premier League (IPL) can be held later in the year if COVID-19 subsides. Australia are scheduled to host the T20 World Cup later this year, and India in 2021.

Speaking to India Today, Gavaskar opined that if India and Australia are willing to swap the World Cups, the IPL could possibly be held in September given the Coronavirus situation allows the same. Gavaskar also explained how Australia hosting the T20 World Cup will be difficult as the country has sealed its borders. At Bettingstar.in it is possible to compare the best betting companies for IPL betting and cricket betting in general. 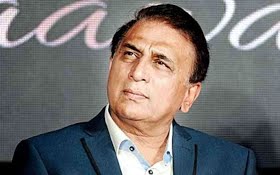 "At the moment, as we all know, Australia has barred foreigners from entering the country till the 30th of September. The tournament is starting from mid-October or the 3rd week of October, so it's looking a bit difficult at the moment," Gavaskar told India Today.

"If it is going to happen that way, then maybe what can happen is the IPL can be held just prior to the T20 World Cup so that it's enough practice for the players to have T20 World Cup," Gavaskar further told India Today.

The ex-India opener also added that the Asia Cup scheduled to be held in the UAE September can be postponed. "Then the Asia Cup can be held in December in the UAE. That's a much better time to have the tournament than in September when it can be extremely hot," Gavaskar went on to add.

Meanwhile, the International Cricket Council (ICC) will have a discussion over the fate of the T20 World Cup as well as how the game can be restarted once the pandemic subsides. "In relation to ICC events, including the ICC Men's T20 World Cup, we will continue to take advice from experts and authorities, including the Australian government," ICC chief executive Manu Sawhney said.

The Covid-19 pandemic has thrown life out of gear across the globe claiming over 1,70,000 lives and infecting millions. In the sporting arena, both the Tokyo Olympics and the Euro 2020 have been postponed. The BCCI too has postponed IPL 2020 indefinitely.