Virat Kohli: We have let ourselves down

India were thumped in the second Test against South Africa by 135 runs, and skipper Virat Kohli admitted that the team was second best.

India were thumped in the second Test against South Africa by 135 runs, and skipper Virat Kohli admitted that the team was second best.

"We failed to get a good partnership and take lead. We have let ourselves down. The bowlers have done the job but the batsmen have let the team down," Kohli said at the presentation ceremony.

"We tried but we weren't good enough, especially in the fielding department. That's why they are the winner," he added. 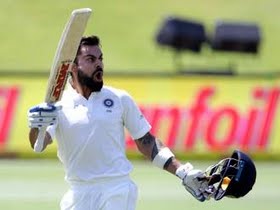 Speaking about the Centurion wicket, Kohli stated, "We thought the wicket was really flat. Quite surprising. I told the guys the wicket looks different to what it looked before toss. Especially after SA lost wickets in the first innings, we should have capitalised.”

"I want to leave everything on the field. That's the way I play. 150-odd runs means nothing now that we have lost the series. If we had won, even a 30 would have mattered more. As a team, you want to win collectively,” Kohli concluded.