Pakistan batting once again was substandard as South Africa defeated them by a comprehensive margin of 117 runs in the fifth and final ODI at Sharjah on Monday.

Pakistan batting once again was substandard as South Africa defeated them by a comprehensive margin of 117 runs in the fifth and final ODI at Sharjah on Monday. Skipper AB de Villiers scored a brilliant 15th ODI Century on a slow spinning track to set up a 4-1 Series win for the South Africans. 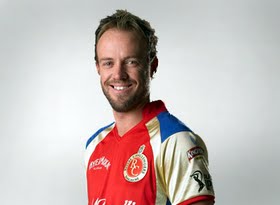 Batting first after winning the toss, South Africa posted 268 for 7 in 50 overs. It was a bad start for South Africa losing Hashim Amla in the first over to Mohammad Irfan. After a 50-run partnership, SA were back in trouble at 62 for 3 by the 16th over.

The innings got to some shape with Faf du Plessis and AB de Villiers adding 62 runs for the 4th wicket. Du Plessis worked hard to score 46 from 89 balls. AB de Villiers kicked onto score an unbeaten 115 from 102 balls with 10 fours and 3 sixes to give a sound finish for SA. For Pakistan, Saeed Ajmal was effective with his 3 for 45 in 10 overs.

Pakistan never showed any intent in their run chase and at 17 for 3 in the 9th over, their innings was going nowhere. It was a one-sided contest totally and a couple of promising innings from no.3 Sohaib Maqsood (53 from 65 balls with 7 fours) and Umar Akmal (30 from 38 balls) could at the most only reduce the margin of defeat. Pakistan were bundled out for 151 in just 35.3 overs.

Wayne Parnell was the most successful bowler for SA taking 3 for 36 while Vernon Philander and JP Duminy collected two wickets each. The Man of the Match was AB de Villiers and the Player of the Series was Ryan McLaren.