Dhoni’s availability his call, we need to respect it: More

Former India wicket-keeper Kiran More has stated that MS Dhoni's return to international cricket is his call, and the same should be respected. According to More, Dhoni looked fit as he was preparing for IPL 2020 before the lockdown forced due to Coronavirus led to indefinite postponement of the Indian T20 league.

Speaking about Dhoni's possible comeback, More was quoted as saying in a Sportskeeda report, "It's very difficult, it's his call. It's going to be tough, not going to be easy. Mind says you want to, but the body does not allow." 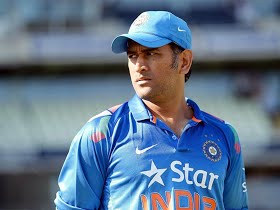 On his fitness, More added that Dhoni was raring to go prior to the IPL. "Before IPL, he was fit, I saw him in the nets, he was raring to go. In tennis, guys of 34, 39 are on top of their game. Now if you are disciplined, if you keep your mind and body strong you can make a comeback. Ashish Nehra made a comeback and did very well," the former India stumper added.

Discussing in detail about Dhoni's availability for India, More further said that the former India skipper has always wanted the best for Indian cricket, and he is well aware of his priorities.

"I think it is Dhoni's call, he is not available and we need to respect it. Problem with selectors is that if someone is not available, you need to look ahead. He's not been playing international or domestic, Dhoni's priority is Indian cricket. When he was captain, he decided he won't captain and Kohli would. He had respect for the game and the country," More, who played 49 Tests and 94 ODIs for India added Video poker for free.

The former India skipper is at the centre of a storm at present as Ben Stokes in his latest book has claimed that Dhoni did not show any intent during India's chase against England in the 2019 World Cup league encounter.