During India’s impressive seven-wicket victory over New Zealand at Mohali on Sunday, Indian skipper MS Dhoni joined the list of batsmen with 9000 ODI runs. Dhoni did so during the course of his 80 from 91 balls. The Indian ODI captain roared back to form, hitting 6 fours and three sixes, before being dismissed when he looked set for a hundred. Here are some interesting stats of his journey to 9000 runs. 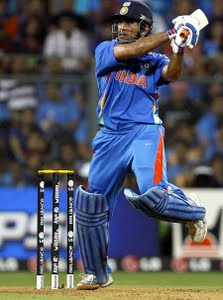 Incredibly, Dhoni is the only batsman in the history of one-day cricket to reach 9000 runs while still averaging 50. Before him, South African legend Jacques Kallis held the record for the best average while reaching 9000 runs. He was averaging 45.68 at that point.

Among Indian ODI captains, Dhoni has got the most runs while being the leader en route to 9000 runs. As mentioned earlier, he has 6581 runs to his name as captain. Mohammad Azharuddin had over 5000 runs to his name when he reached 9000 ODI runs.

During the course of his 80 against New Zealand, Dhoni surpassed Sachin Tendulkar’s record for most sixes in one-day cricket by a batsman. Dhoni now has 196 sixes to his name, overtaking Tendulkar’s record of 195 sixes. Only four players have hit more sixes in international ODI cricket than Dhoni. Shahid Afridi is well above the rest with 351 sixes. He is followed by Jayasuriya (270), Chris Gayle (238) and Brendon McCullum (200).