Special Feature: Run out for 99!

When M S Dhoni tried to scamper for a single to mid-off but was found short by a direct hit from his opposite number Alastair Cook, he became the 15th batsman in Test cricket, and only the second Indian after ML Jaisimha in 1960, to be run out at the score of 99.

When M S Dhoni tried to scamper for a single to mid-off but was found short by a direct hit from his opposite number Alastair Cook, he became the 15th batsman in Test cricket, and only the second Indian after ML Jaisimha in 1960, to be run out at the score of 99. Dhoni’s knock may not have taken India to safety but, in the company of Virat Kohli, he ensured that India stayed in the series at Nagpur. As India fight to save face, here’s a look at other batsman who have been run out for 99 in recent times. 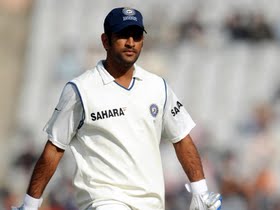 Angelo Mathews (December 2009): The Brabourne Test of 2009 is best remembered for Virender Sehwag’s dashing innings of 293. In the first innings of the same Test, Mathews fought his way to 99 before being run out. Mathews was beaten by a Sachin Tendulkar throw, who fired in the ball to wicket-keeper M S Dhoni, who successfully removed the bails to send back a disappointed Mathews one short of a well-deserved hundred. Mathews batted for 131 balls and was at the crease for 200 minutes during his knock, which was laced with 15 boundaries.

Neil McKenzie (March 2002): This South African batsman could not make full use of his potential in spite of getting more than one shot at making an international career. One of his better knocks came against Australia in the second innings of the Cape Town Test in 2002. After being bowled out for 239 in the first innings, the Proteas fought back well in the second innings, posting 473 on the board. McKenzie was among the chief contributors for South Africa, scoring 99 off 227 deliveries before being run out by Damien Martyn. McKenzie’s knock lasted 306 minutes and featured 14 boundaries. Unfortunately for South Africa, Australia batted well enough to win by four wickets.

Jacques Kallis (December 2001): Another South African falling for 99. Again the opponents were Australia and, this time as well, the Aussies emerged victorious. During the Melbourne Test, South Africa were behind in the second innings, having failed in the first and having allowed Australia to post a massive first-innings score. Kallis made 99 in the South African second innings, battling it out for 287 minutes and 180 balls for his knock, which featured eight boundaries. Kallis was eventually caught short by the Damien Martyn-Adam Gilchrist combo. The rest of the South African line-up struggled as Australia clinched the game by nine wickets.

Mahela Jayawardene (November 2001): This was the series during which Brian Lara was at his very best in Sri Lanka, and still the hosts went on to sweep the series. At Galle, West Indies had put up a huge total on board courtesy Lara’s 178. For Lanka, Sangakkara and Hashan Tillakaratne slammed centuries while Jayawardene was unlucky to miss out. When on 99, he was run out by Marlon Samuels. Mahela’s knock lasted 133 balls and included 13 fours. Lanka eased to a ten-wicket win in the Test.