It will be challenging for Sri Lanka: Hanuma Vihari on Day 3 of pink-ball Test

Team India batter Hanuma Vihari feels it will be an extremely challenging task for Sri Lanka to chase 447 in the second innings although three full days of play are left in pink-ball Test in Bengaluru. India declared their second innings on 303 for 9, setting the Lankans an improbable 447 for victory. The visitors went to stumps at a shaky 28 for 1. Earlier in the day, they were bundled out for 109 in their first innings as Jasprit Bumrah claimed his first five-wicket haul in Tests in India.

Vihari has taken over the crucial No.3 position in Tests from Cheteshwar Pujara. He scored 31 in the first innings and 35 in the second. On Day 2, he was also involved in a 56-run stand with skipper Rohit Sharma for the second wicket. Speaking after the end of the day’s play on Sunday, Vihari said, “It was quite challenging. A kind of wicket where any ball could get you out. It will be challenging for Sri Lanka tomorrow as well.”

“I was trusting my defence even on this wicket. Got a good one in the first innings, could’ve shown more patience in the second innings,” he added. 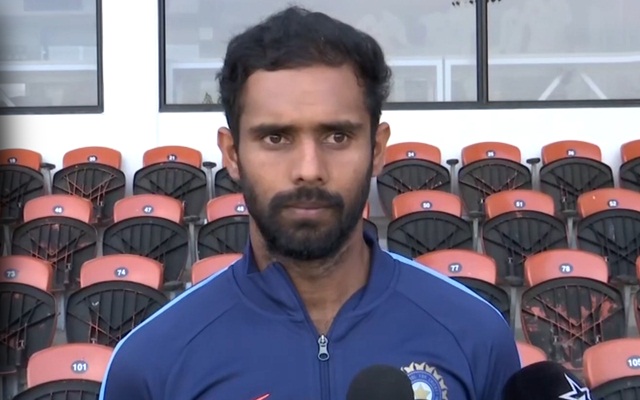 Asked if it got easier for the batters in the second innings, the 28-year-old explained, “It was easier to bat against the spinners under lights, because of dew, but it was still challenging. I knew the areas where I could score and I wanted to wait for it.”

Vihari was also asked about the timing of India’s declaration. He admitted that the team did not have any plans to declare at night. On the move, he elaborated, “Don’t think we planned on bowling this evening, but because we lost wickets, we thought we could have a crack at them for 35-40 minutes.”

Sri Lanka were jolted early in their chase of 447 as Bumrah trapped Lahiru Thirimanne lbw for a duck in the first over of the innings. The visitors need 419 runs for victory with nine wickets in hand with three full days remaining.