The Board of Control for Cricket in India (BCCI) on Wednesday named Rohit Sharma as the new captain of India’s ODI team, replacing Virat Kohli. Rohit was earlier named leader of the T20I team after Kohli stepped down from the role following the T20 World Cup 2021. Kohli was keen on carrying on as both one-day and Test captain. However, while the selectors retained him as Test leader, he was removed as one-day skipper.

A BCCI statement informed, "The All-India Senior Selection Committee also decided to name Mr Rohit Sharma as the Captain of the ODI & T20I teams going forward.” Kohli had taken over from MS Dhoni as leader in 2017. He captained the Men in Blue in 95 ODIs, winning 65 and losing 27. One match was tied and two ended with no result. Kohli ends his ODI captaincy stint with a win percentage of 70.43. Under him, India went down to Pakistan in the 2017 Champions Trophy final and to New Zealand in the 2019 World Cup semi-final

Apart from being named captain of the one-day squad, Rohit was also appointed vice-captain of the Test team for three-match series against South Africa. Rohit replaces Ajinkya Rahane, who has retained his place in the team as a batter 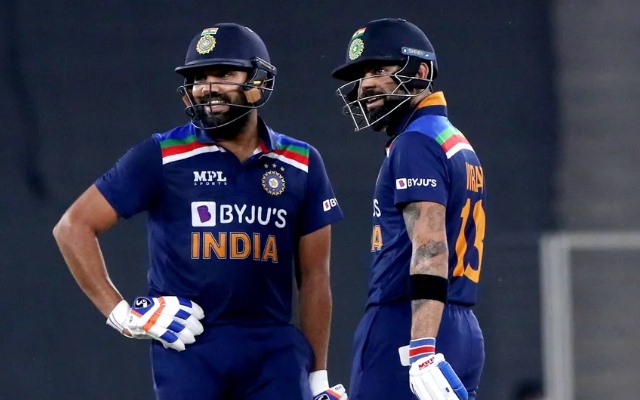 Speaking about the tough tour of South Africa, former India batter VVS Laxman stated that the batting unit of India will need to fire if the visitors want to win the series. Speaking on Star Sports, Laxman observed:

“It’s very important not to repeat the same mistakes. If you see the way Ajinkya Rahane got out in Kanpur, Pujara got out in Kanpur as well as in Mumbai, it’s almost like a pattern, which is developing. Even Shubman Gill after settling down, throwing away his wicket. So, I just believe that it is about converting that start into a big score, which is very critical.”

India will play three ODIs and three Tests during their tour of South Africa, which begins with the Boxing Day Test on December 26