India have embarked on their short tour of Bangladesh where they will play one Test and three ODIs.

India have embarked on their short tour of Bangladesh where they will play one Test and three ODIs. The Indian selectors have taken no risk, and have picked a full strength squad for both formats, a clear demonstration that the hosts are not to be taken lightly. They cannot be for this is the side that recently crushed Pakistan 3-0 at home in ODIs. Not to forget that they made it to the quarterfinals of the World Cup, beating England. Also, this is a team that has made it to the Asia Cup final, and has whitewashed New Zealand at home. 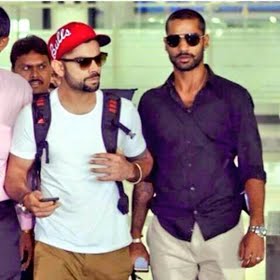 India's new skipper Virat Kohli, in a complete deviation from MS Dhoni's mindset has clearly stated that India need to start winning Tests for they has been enough of the learning process. Kohli has a point for sure. Ever since going down to England in England in 2011, Dhoni has maintained his stand of the losses being a learning process. But, the process turned out to be an unending one as India lost in Australia, New Zealand and South Africa. Against the Ashes rivals, they lost two series' in the last four years.

While Kohli is damn right when he says that India needs to start winning matches, he also needs to walk the talk. The Indian Test skipper had earlier mentioned that he wouldn't mind risking a few losses in hunt for a win. In other words, he won't go down wondering. And, while that is a positive outlook, it is also true that there is a fine line between being brave and foolhardy. The Adelaide Test was a classic example. Kohli got them in a position to win, but once the opportunity to win was gone, they should have settled for a draw. Instead, they succumbed to defeat.

While the Bangladesh tour is not a massive challenge, Kohli must look at it as a chance to prepare for the bigger challenges. Of course, he cannot look too far ahead, and must not take Bangladesh lightly. The decision to send a full strength team to Bangladesh is the first indication that India are wary of the hosts' prowess. Having said that, India should be extremely disappointed if they don't end up winning the Test and all of the three ODIs. After all, they are a much superior side to Bangladesh as per the rankings, and in terms of experience as well.

Kohli's aggression is something India needs to get the Test fortunes back on track. But, the same has proved to be a double-edged sword. There have been instances in the past, where India have been embarrassed due to Kohli's unruly behaviour. As leader he needs to be more careful now. Thus, the Bangladesh tour will be a new beginning for Kohli the skipper as it would be his first full series in charge.