The Punjab Kings (PBKS) will take on the Delhi Capitals (DC) in match number 64 of the Indian Premier League (IPL) 2022 at the DY Patil Stadium in Navi Mumbai on Monday. This will be an evening clash and hence will begin at 7:30 PM IST. The game will be significant for both sides, keeping the playoffs scenario in mind. Both Punjab and Delhi have 12 points each from as many games. However, DC are fifth due to a superior net run rate while PBKS are seventh, with the Kolkata Knight Riders (KKR) separating the two teams

Punjab kept their campaign alive with an impressive 54-run win over the Royal Challengers Bangalore (RCB) in their previous game. Jonny Bairstow came to the party with a scintillating 66 off 29 balls while Liam Livingstone continued his great run, hammering 70 off 42. The form of skipper Mayank Agarwal is the only cause of concern for PBKS in the batting department.

The bowling has been top class. Kagiso Rabada claimed 3 for 21 against RCB while Rishi Dhawan and Rahul Chahar picked up two each. Arshdeep Singh was economical as usual while Harpreet Brar also did a decent job. 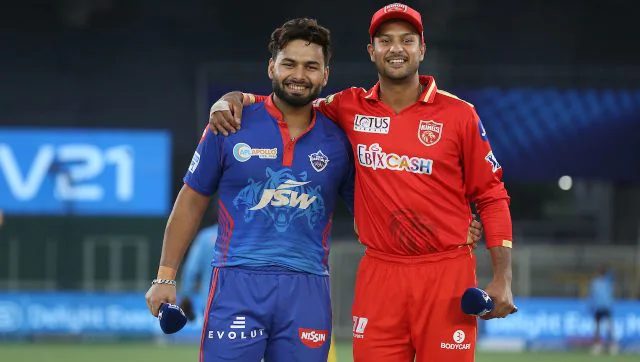 Delhi are also coming off a crushing win against the Rajasthan Royals (RR). Mitchell Marsh’s all-round show was the biggest positive in their eight-wicket triumph. He followed up his 2 for 25 with the ball with 89 off 62. Chetan Sakariya and Anrich Nortje also chipped in with two wickets each.

David Warner helped himself to another fifty in Delhi’s chase but his opening partner in recent matches, Srikar Bharat, has struggled. It remains to be seen if Prithvi Shaw is ready for the game, having been discharged from hospital. Also, DC skipper Rishabh Pant is yet to play a big knock, so that question mark persists