Ravichandran Ashwin bowled a brilliant spell of 4 for 8, and Sri Lanka got on the wrong end of a few extremely poor decisions as the visitors were bowled out for 82 in 18 overs

Ravichandran Ashwin bowled a brilliant spell of 4 for 8, and Sri Lanka got on the wrong end of a few extremely poor decisions as the visitors were bowled out for 82 in 18 overs. All this, after MS Dhoni won the toss, and inserted the opposition in a Vizag on Sunday. Once the Indians had kept the Sri Lankans down to a much below-par total, the lowest the Sri Lanka in T20s, the chase was a stroll for the Indians. Opener Rohit Sharma fell early, but Shikhar Dhawan and Ajinkya Rahane, with no pressure of the run rate, eased India towards victory as the hosts clinched the series.

In a complete turnaround from the first game at Pune, this time Sri Lanka lost two wickets in the first over. Niroshan Dickwella, who was brought in for this game, charged down the track to Ashwin only to be stranded way down the pitch. Tillakaratne Dilshan got the first of the three poor decisions delivered on the day. He played across the line to Ashwin, and was given lbw. However, replays showed the ball had pitched outside off, and also hit the batsmen a bit too high on the pads. Dilshan was displeased with the decision. He had a reason to. 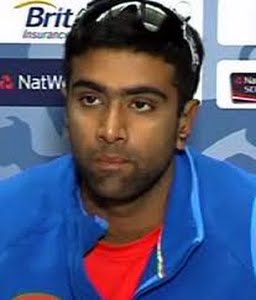 Skipper Dinesh Chandimal hit two fine boundaries, but perished in the deep, slogging Ashwin. Asela Gunaratne got an extremely harsh decision as he was given caught at leg slip off Ashwin. The replays proved the ball had hit the thigh pad and deflected to Suresh Raina, missing the ball by some distance. Milinda Siriwardana then played an extremely poor stroke, hitting across the line and being clean bowled by Ashish Nehra. The dismissal left Sri Lanka tottering at 21 for 5. There was no way back for Sri Lanka from that point.

Dasun Shanaka hit a couple of massive sixes off Yuvraj Singh, one being a no ball, and the next a free hit. It was among the few bright moments for the visitors in the match. But, it did not last long as Seekkuge Prasanna was found short of his crease by a smart direct throw from Ravindra Jadeja. Soon, Jadeja cleaned up Shanaka with a quicker one. Raina chipped in with a couple of wickets towards the end, but Sri Lanka were unlucky again as Sachithra Senanayake was given caught behind without having hit the ball. Jasprit Bumrah finished off things by destroying Dilhara Fernando’s stumps.

India began cautiously in their chase of 83, but were never in any sort of trouble. Dhawan and Rohit Sharma added 29 for the opening wicket, before the latter was trapped in front by Dushmantha Chameera with an incoming delivery. Dhawan was uncharacteristically slow, but once he got his eye in, he eased his way to a few well-timed fours, even as Rahane rotated the strike well. Dhawan finished off the game by smashing Gunaratne over long-off, and then easing him through covers next ball. India won the game with nine wickets, and 6.1 overs to spare, as comprehensive as it gets in T20s.