Asia Cup: A chance for India’s youngsters to shine in familiar conditions

The last couple of months have been extremely painful for Indian cricket. It has been mentioned innumerable times that India haven’t won a single international game since the start of the South African tour.

The last couple of months have been extremely painful for Indian cricket. It has been mentioned innumerable times that India haven’t won a single international game since the start of the South African tour. But the fact has been raised again and again since it is such a startling stat. Even minnows have managed to win the odd game here and there while travelling away from home. The Asia Cup is a welcome change for India since they would be playing in more familiar environs in Bangladesh, where the conditions are pretty similar to those at home. 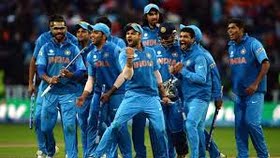 Per se none of the stronger sides can claim to have the upper hand in the Asia Cup since all of them are equally well-versed with how the pitches will behave in Bangladesh. But, this is definitely an opportunity for the Indians to reiterate that when it comes to the sub-continent, they are still the kings. After all, they are the reigning world champions, which they won at home following some splendid showings. The youngsters in particular will be on test. A lot of them have been asked tough questions in the recent past and have floundered. They cannot relax yet, but the challenge would be easier for sure.

There would be a slightly newish look to the Indian side with some of the veterans missing from the Asia Cup squad. It would be the first time in many years that India would be fielding an eleven sans experienced pros like MS Dhoni, Yuvraj Singh and Suresh Raina for varied reasons. While Dhoni’s absence is a forced one due to injury, the southpaws have lost out due to their poor form. The lack for runs from Yuvraj and Raina is definitely a major concern for India. At the same time, it is also an opportunity for some young guns to grab their chances.

While Virat Kohli’s spot as a batsman wouldn’t be under the scanner, his performance as captain would definitely be observed. With so much talk about Dhoni’s poor leadership, an impressive showing by skipper Kohli could force the selectors to do a rethink of the captaincy issue. Even as Dhoni’s record at home remains spectacular, he’s proved to be a disaster away from home. It is no secret that Kohli has harboured hopes of leading the side, and this is his chance to make a point.

Two youngsters, who have had great starts to their Test career, will also be vying to make an impact in the 50 overs format. Ajinkya Rahane has played a few ODIs, but they have been spread over three years. Hence, he hasn’t been able to establish himself in the side. Cheteshwar Pujara, on the other hand, has been branded a Test specialist, but has acknowledged that he wants to make his presence felt in one-dayers as well. There is not much buzz around the Asia Cup as such, but the abovementioned Indian players would be keen to shine in the otherwise lacklustre event.